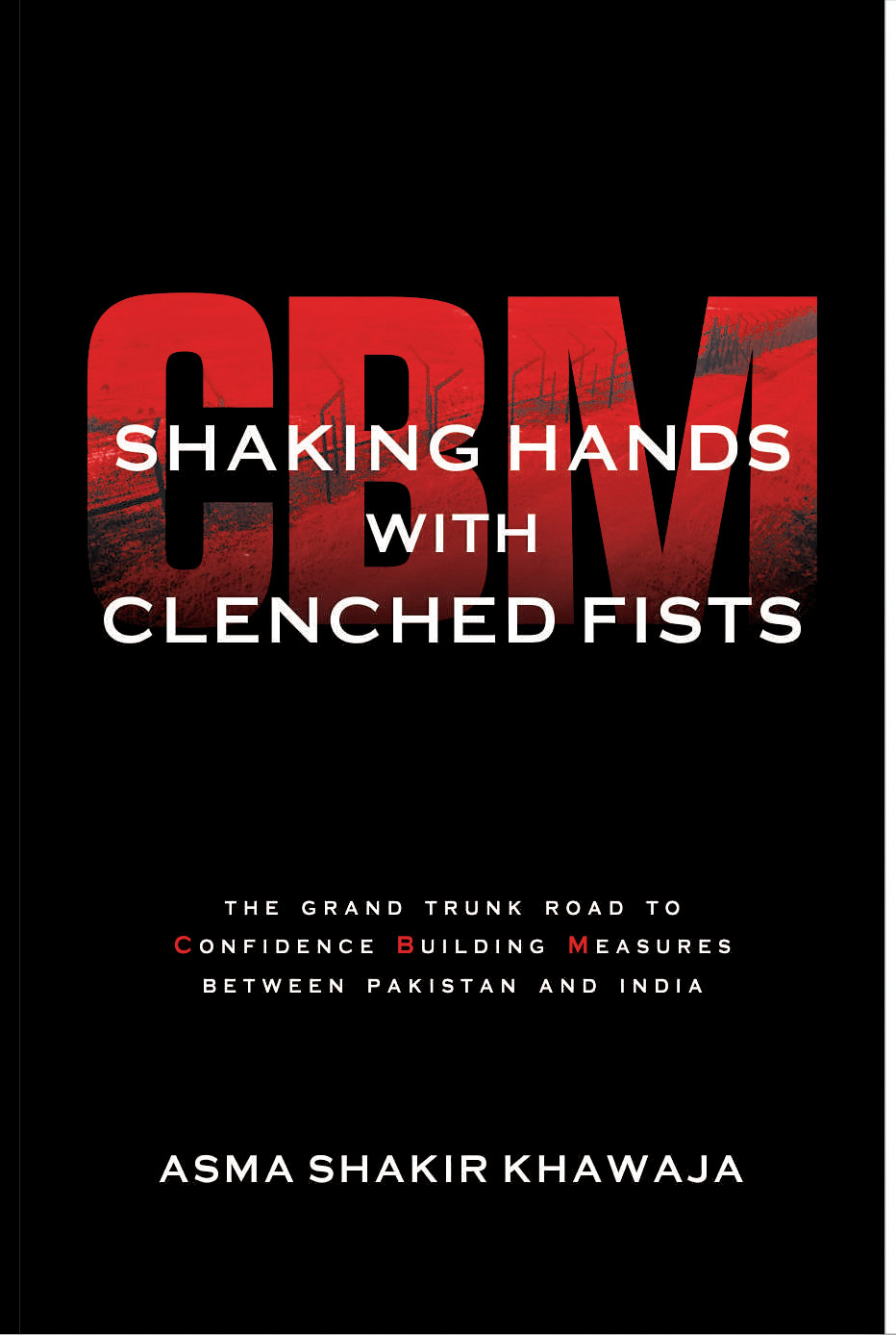 Whenever any region is decolonized, nations are reborn thereby learning to forget their past and try to buy their already sold integrity and freedom that had been raided by the imperial towers so far. Subcontinent, decolonized since August 1947, had become a land of opportunity for division & variety of hates on socially confined grounds. Pakistan and India have been greeting each other with a blame game, bullet exchange, water politics, economic manipulations, rigorous visa responses, sponsored extremism and several other overwhelming gestures for about 70 years now. As a result, most of the efforts for peaceful conflict resolution to ensure coexistence fell prey to their notion of hostility, mistrust and domestic politics.

The book, Shaking Hands with Clenched Fists, is a factual and academic account of Pakistan’s side of the story regarding Confidence Building Measures between Pakistan and India. Theoretically and academically, my work deliberates on Pakistan’s intentions and policies to forge peace with India at different junctures of history. Furthermore, it highlights the incompatibilities between leadership, phases, issues, self-interests and national interests which costed sustainable peace in South Asia. It has also paid special attention to the issue of spoilers and identified the actors who derailed various phases of peace process throughout history. This book attempts at analyzing different discourses of Indo-Pak CBMs since 1947 reflecting on the leadership vision during those specific eras. The onus of creating peace in South Asia lies with its two key players – Pakistan and India. It is therefore essential that they defeat their trust deficit through focused attempts of cooperation and organize a conducive environment for the region’s transition from hostility to mutually beneficial alliances. Strong, well-planned, and pragmatic bilateral confidence building measures are need of the day to make the dream of peace come true.

Disparate interests and trust deficit have been a constant companion in way of conflict resolution in South Asia. Pakistan seeks disputes resolution as a pre-condition to normalization of relations with India, whereas India appears inclined to crisis management and shallow measures dragging its feet towards peaceful coexistence. There is a proclivity to remain embroiled in disputes rather than looking for conducive ways for rapprochement. Foreign policies of the two states take this color too. The officially declared policy, nevertheless, remains the pursuit of peace, comprising several efforts to resolve disputes and seek a permanent solution to conflicts, but regrettably, preceded by incompatible postures.

For the first time, through an academic and scholarly account in this book, the issue of political capital and its relevance with success of CBMs in the region has been discussed. It attempts to answer the most relevant questions about the successes and failure of a sustained peace process between India and Pakistan generally raised by academia and international media. Students of History, Politics, Security Studies, International Relations and South Asian Studies will immensely benefit from this in-depth research study.

This book is an endeavor to examine practiced and discarded CBMs between Pakistan and India in the socio-political context. It offers pros and cons of CBMs in order to build a constructive future for one-fifth of humanity that lives in abysmal conditions in the subcontinent.

Divided in ten (10) chapters, from theory to practice, this well-researched book covers all aspects of CBMs between India and Pakistan. The first Chapter begins by discussing the theoretical aspects of the CBM process between Pakistan and India. The second chapter provides a historical review of CBM efforts between the two countries. In the third chapter, this research focuses on the central position and salience of the Kashmir conflict in forging confidence in the region. The fourth chapter discusses Water Diplomacy, and analyzes how politicization of water distribution and use is hampering the CBMs. The fifth chapter analyzes the relevance of Military and Nuclear CBMs and focuses on creating trust between the armed forces of the two hostile neighbors, while arguing that such trust between the two forces would have trickledown effect in socio-political-economic spheres. The sixth chapter is on bilateral economic interdependency and analyses the Economic Peace Dividends with special focus on irritants in this regard. The seventh chapter emphasizes the pertinent role of civil society and highlights the steps taken by them to ensure peace between the two countries.

This research also highlights the role of media as an agenda setter in the given scenario. In the eighth chapter it analyzes media’s influence on perception building and its potential for creating an appetite for peace on both sides of the border. It is hard to deny the fact that Pakistan-India CBM initiatives have been hostage to peace spoilers at both sides of the border. The ninth chapter aims at identifying various spoilers in CBM initiatives. The identification of spoilers will pave the way for their containment and realization of peace and stability. The tenth chapter concludes the debate by emphasizing the strategic and political eminence of CBMs in the case of Pakistan-India relations.

Dr. Mahbub ul Haq once aptly stated that Pakistan and India needed to bury deep the bitter legacy of the past and cultivate a new harvest of hope to ensure regional peace, economic sustainability and higher human development index for the sake of their own people. This book seeks to take stock of the past Pak-India bilateral relations with a vision of chalking out a new future of their involvement for a sustained regional harmony and collective development.