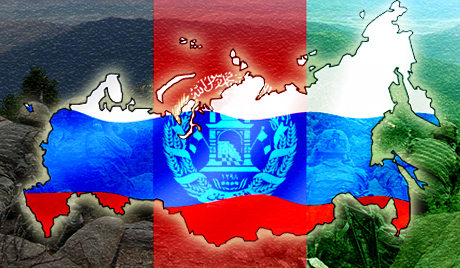 Russian engagement and involvement in Afghanistan is not a new development. Previously from regime influence to invasion and currently pursuing its regional security objectives, the Russians have always been deeply involved in Afghan affairs. Their engagement with the Taliban, against whom they have supported the NATO and the US during Global War on Terrorism (GWOT) and even other Afghan groups prior to 2001, however, is new and different in its kind.

Soviet influence in Afghanistan achieved quantum growth during King Zahir Shah’s regime. The rationality of the Cold War support continued to sustain and improve Moscow-Kabul relations during the regime of Sardar Daud, the Afghan president from 1973-78. The Soviets had the closest relations in the era of the Marxist regime from 1978-92, when they invaded Afghanistan.

Russians, after unprecedented exit even backed some Islamist factions against Taliban whom they had fought during their quest for total control, yet they maintained and have now revived contacts with the Taliban. It may be noted that for quite some time the Russians remained busy putting their own house in order, therefore were not apparently much concerned. But it was not long before they were attracted towards development in Afghanistan, especially due to the emergence of the Central Asian Republics (CARs) and the threat of Islamist’s spillover towards mainland Russia.

Afghanistan seems to be on low priority and less important to the U.S policymakers. This was probably one of the reasons for a shift in the Russian thinking and policy. Having observed that  Washington has revisited its engagement, Moscow got an opportune moment to get involved which it did through the Moscow peace initiative. However, Russia, Afghanistan’s neighbor, has the additional benefits and also fears Islamists’ support to the insurgency. Recently, reports emerged that Moscow has enhanced its relations with the Taliban. Although keeping in view the regional and strategic interests, the Russian contacts with the Taliban must not be taken as unrealistic.

Russian interest in controlling the spillover towards Central Asia and mainland Russia is the prime cause for enhancing the engagement and exerting its influence. For this sole reason, over the past few years, Russia’s relationship with the Taliban has become a need and reality. Though the relationship is essentially and apparently a diplomatic one, yet some intelligence engagement and financial support must also be taking place to counter Daesh’s influence, activities and expansion and more predominantly steps towards peace efforts.

The players in the ongoing ‘great game’ must take into account Taliban’s need to be distinguished from Al-Qaeda and Daesh. The Russians believe that despite the uncertainty within the warring factions, the Afghan Taliban do not have transnational aspirations.

One might ask, why is Russia engaging in the peace process when all efforts initiated by the US and others have not yielded positive results? Even though the Russians do not have cherished memories of Afghanistan yet are they unlikely to be under any misconception about Afghanistan. The Russians are well aware of the fact that it is difficult to appease Afghans. However, the Russians cannot and must not ignore that Afghanistan will not come  under Russian influence for obvious reasons.

Afghanistan is no longer considered an opportunity by Moscow; rather it has become a source of concern due to Islamic extremism and its spillover towards Central Asia alongside US/NATO security and intelligence presence. The drug trafficking that has grown widely in Afghanistan, especially in recent times and is having a destructive impact on the Russian society and economy. As Afghanistan continues to stay in a state of instability, Russia is evaluating and delicately proceeding with stabilized support and engagement.

The immediate past has witnessed some critical observations about Russian engagements with the Taliban and many have raised eyebrows after the Moscow peace initiative, especially the US.One must ask what is forcing Moscow to engage with the Taliban and what are the Russian stakes in Afghan peace? Also, how well can the Russians play their cards to become relevant and refresh its long-lost influence?

Today, the problem for Russia is how Moscow can attempt to raise Afghanistan from a liability to an interest. While Russia was a marginal player in Afghanistan at the end of the 20th century, the post-2001 Afghanistan has dragged Russia to rethink its role as a major contributor towards peace and development.

Russia’s relationship with Afghanistan has gained importance in recent times, with regard to fears of militancy spillover from the South, US, and NATO presence and their sinister designs against Russia and security of the Southern borders. At the same time, Russia would safeguard Afghanistan from being used against Russian interests in the heart of Asia, and to limit Afghan drug flow into mainland Russia.

China’s connectivity visualization for the Euro-Asian continent, the CPEC, and the Belt and Road Initiative has serious threats from an unstable Afghanistan, therefore China besides other motives is endeavoring to play a predominant and constructive role in Afghan’s peace initiatives.

Though Moscow has enhanced its role in Afghanistan since last many years, especially after 2010, yet it remains cautious due to the historic bitter experience and probably lack of clarity of objectives in the presence of the Americans. Russian concerns about Islamic militancy, keeping Southern borders safe and US presence in close proximity are forcing or dragging the Russian decision makers to expand and exert broadly in Afghanistan.

Russia also seems cautious while getting too involved in the ‘quagmire’, however, it has started actively supporting the peace process with the Taliban and the US-China-Pakistan-Afghanistan Quadrilateral Coordination Group (QCG). For the past few years, in the wake of the Islamic State’s (ISIS) presence in Afghanistan and its extraordinary activities, Russia has become proactive in directly engaging with the Taliban.

In December 2015, Russian officials stated that they are engaged in intelligence sharing with the Taliban to counter the threatening presence of Daesh in Afghanistan. Subsequently, in April 2017, the commander of the US forces in Afghanistan, General John Nicholson, accused Russia of providing weapons to the Taliban fighters. This was the first time a senior US commander made such an allegation. The Russians responded blatantly and termed the allegations ‘unprofessional and groundless’ and stated that it is an attempt to ‘put the blame for failures in Afghanistan on Russia besides Pakistan. Russia also counter blamed the US for supporting Daesh in Afghanistan.

While the blame game reflects Cold War rhetoric, it is important to understand why Russia has engaged with the Taliban in the first instance and what its aims at in the foreseeable future.

Many in Russia contest the US presence in its neighborhood whether as a dormant or apparent threat. The view has been that the US invasion of Afghanistan was a ploy to gain a military foothold in the region and to keep a check on Russia, Pakistan, China, and Iran, besides other political and financial objectives. It is widely stated and believed that the US is intentionally working towards prolonged conflict in Afghanistan for its own strategic interests and gains. Some even state that the US is using the ISIS/ ISIL as a proxy to counter China and Russia while making Pakistan the next target.

The Russians, therefore, might be assisting the Taliban in order to counter US intentions and make US bleed at an unbearable level and thus forcing it to exit. The US withdrawal would pave the way for a resurgent Moscow to increase its influence beyond Central Asia in Afghanistan and Pakistan.

Another reason for the Russian involvement with the Taliban could be to wrestle the growing threat of the ISIS and Islamists in Afghanistan. Moscow is very concerned on account of growing or existing Islamic extremism in mainland Russia, therefore making all-out struggles to control and keep the Southern borderland clear and safe alongside inland territories. Russia is therefore concerned over the outgrowth of IS’ influence in Afghanistan, and over the possibility of radicalization expanding towards Central Asian states. The threat would make Russia seriously vulnerable. Another major worry for Moscow is that many ex-Taliban fighters and commanders have switched to Daesh, which is also recruiting Central Asians and the Russians. Having said that, the Taliban have emerged as an ally for Russia. One more reason of Russia’s closeness with the Taliban is to control the drugs outflow. Opium is widely consumed in Russia and transported throughout the country for the market in Europe. It may be noted that earnings from the drug trade are believed to be a source of funding for the Taliban.

Finally, the most significant purpose of Russia’s engagement with the Taliban could be to influence and transform the political landscape in Afghanistan after the US departure. Moscow may possibly be also working towards making Taliban a reckonable political entity, which is seen as a nationalist movement in contrast to the radical character of Daesh or ISIS.

According to Shah Nawaz Tanai, ex-communist Afghan Army Chief “Soviets have always strived towards friendly [relations] and influenced Afghanistan and at times [have] exerted [their will]”. The Soviet invasion of 1979 was a step in the same direction and fear of loss contributed towards military intervention. By mid-50s, the US had started investing in various sectors in Afghanistan and their influence had become a source of concern for the Soviets.

Even now, Moscow would like to have and is striving towards friendly and pro-Moscow government in Kabul. Therefore, engagement with the Taliban is to make peace possible through negotiations. The peace that shall have good place and space for the Taliban in the power corridors of Afghan society.

With the changing global environment of multi-polarity, the Russians have to regain the lost place and space and Afghanistan is a test case for them. The peace efforts through the Moscow initiative is a right step towards stability in the neighborhood and the region. Besides peace in Afghanistan, the Russians must also curtail US’ influence and presence which has become a threat of a serious nature.