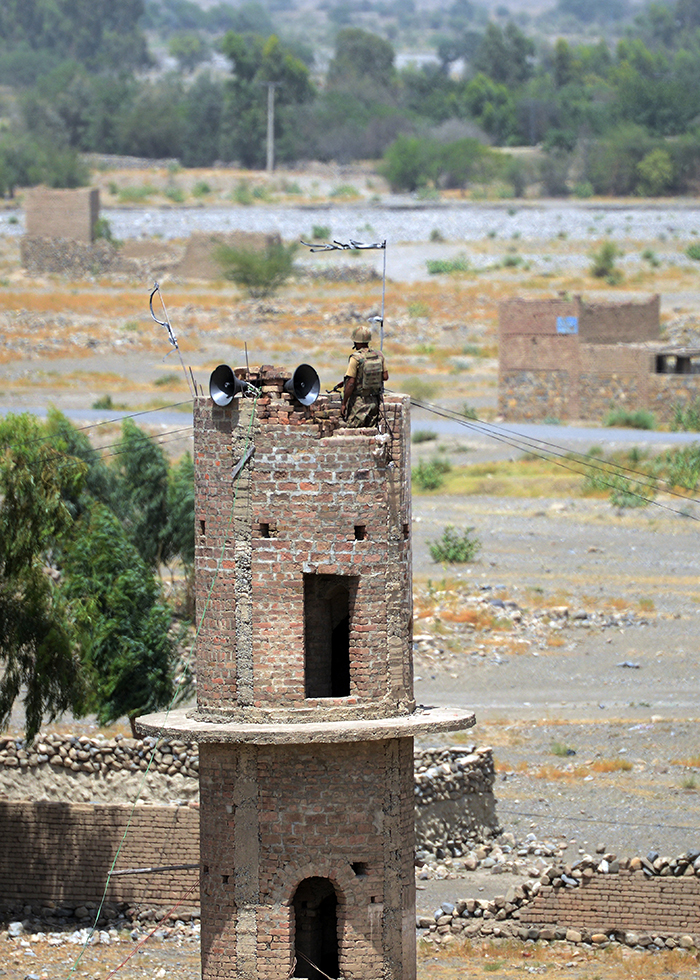 Pakistan has been faced with the threat of terrorism for more than a decade. While violence has decreased in recent years, the Tehrik-e-Taliban Pakistan (TTP) and its affiliated groups continue to carry out terrorist attacks targeting Pakistani civilians. After 9/11, US launched a military campaign in Afghanistan against al-Qaeda, and its protectors, Afghan Taliban, forcing them to flee the country.  Al Qaeda established a foothold in the tribal regions known as Pakistan’s Federally Administered Tribal Areas (FATA) with the support of local groups. These local groups coalesced to form TTP in December 2007. Since then, TTP has emerged as a potent threat to Pakistan’s domestic security.

Following its establishment, TTP and its affiliated groups unleashed a wave of terrorism in Pakistan. This has cost Pakistan heavily as more than 70,000 Pakistanis have lost their lives and the country had to face serious economic losses. Pakistani military has undertaken a number of operations including operation Zarb- e- Azb in 2014 which has dislodged TTP from the FATA region and many of its leaders have taken refuge in Afghanistan’s eastern part where the Afghan government has limited control. Despite the fact that intensive counterterrorism operations have severely damaged TTP’s infrastructure in the FATA, TTP has managed to survive as a terrorist organization while perpetrating terrorism in Pakistan against civilian population. To mention few, TTP-affiliated group Jamaat-ul-Ahrar in a suicide attack at Wagha in November 2014 killed sixty people. The most brutal attack carried out by TTP was the massacre of 132 children at Peshawar Army Public School in December 2014 in the North-West of Pakistan. In addition, TTP-related terrorism has continued unabated since then targeting Pakistani civilians.

This leads to a fundamental question: what motivates terrorists to commit acts of terrorism against the civilian population? Most importantly, why do terrorist organizations continue to perpetrate terrorism despite their consistent failing in coercing a government to extract any political concession? This analysis employs two theoretical models, developed by terrorism scholars while attempting to answer these questions, to analyze TTP’s continued involvement in terrorism in Pakistan despite losing its political efficacy.

First, the strategic model – the dominant paradigm in terrorism studies – posits that terrorists are rational actors who attack civilians for political objectives. According to this view, terrorists are political utility maximizers who view terrorism as an effective tool to realize political change compared to alternative forms of protest. This model implies further that people join a terrorist organization because they are deeply committed to achieving political objectives. The counter terrorism strategies flowing from this line of argument suggest reducing political utility of terrorism. These strategies include no concession policy, no appeasement or democracy promotion by which people can resolve their issues without resorting to violence. By considering terrorists as political maximizers, this model predicts that terrorists would abandon terrorism if it consistently failed to coerce policy concessions or to achieve political ends.

Let us analyse TTP’s behavior as a terrorist organization to see whether it is consistent with the prediction of the strategic model. TTP’s use of terrorism as a tactic against civilian population has not only turned the public opinion against them but also forced the government to adopt an aggressive military approach which significantly destroyed TTP’s infrastructure ultimately deprived it from its base in FATA. For example, Pakistan’s military launched Operation Zarb-e-Azb after TTP attacked Jinnah International Airport in Karachi in 2014.

Even after losing territorial control, a major setback to the organization, TTP has consistently carried out acts of terrorism in Pakistan. This behavior contradicts the prediction of the strategic model according to which TTP should have abandoned terrorism after finding out its ineffectiveness in achieving political ends. Some analysts may argue that TTP terrorists are irrational people or a bunch of psychopaths because their use of terrorism has put even the survival of the organization in danger, not to mention its political objectives. However, a number of psychiatric studies reveal that terrorists are not irrational people, they are very much rational.

If TTP terrorists are rational people then what explains TTP’s motivation for committing acts of terrorism especially when it has persistently failed in achieving political ends?  This behavior can be explained by employing the social solidarity model to explain TTP’s continuation of terrorism despite its failure to realize political goals. Social solidarity model posits that people join terrorism not to achieve organization’s declared political objectives, but to develop strong effective ties with other terrorist members. Social solidarity seems to be the main motivation for a terrorist to become member of a terrorist organization. This model draws on organization theory.

Accordingly, terrorist organizations focus on socially alienated people for recruitment purposes. Social alienation can be defined as the feeling of loneliness, rejection, or exclusion from valued groups, or societies. Terrorism studies show that terrorist organizations have attracted a large number of people who have undergone dislocation from their native homeland losing their family and friends. Moreover, terrorist groups often recruit unemployed youth who have been isolated from their community. Another important condition for terrorists to become a member of a terrorist organization is to have a friend or relative in it.

Terrorist organizations offer a platform for the alienated people who are seeking social solidarity. By becoming member of a terrorist organization, one can enjoy the benefits of a social group. According to political psychologists, terrorist groups are close-knit and impenetrable because of the extreme dangers and costs associated with participation in terrorism, compared to other voluntary associations. The above discussion suggests that terrorists think and behave more as social solidarity maximizers, not political maximizers.

Pakistani security forces have launched a number of military operations in FATA since 2004 against terrorists. These operations have proved quite successful in dismantling terrorists’ hold and infrastructure in FATA. However, these operations have led to massive mass-dislocation creating a large pool of socially alienated and marginalized people especially youth. This disenfranchised youth particularly has become an easy prey for TTP. Some journalists covering FATA note that the Pakistani Taliban have recruited unemployed youth with no prospects of education and work. In addition, the Pakistani forces’ actions have further alienated the local people. Many young men living in refugee camps after being dislocated from their native areas joined the Taliban to avenge the death of their family members and friends who were killed because of the indiscriminate bombing during the counterterrorism operations.

Availability of recruitment in the form of socially alienated people has enabled the TTP to continue with its terrorist campaign in Pakistan while enjoying a safe haven in Afghanistan.  This observation is also consistent with the fact that even when terrorist organizations do not succeed in achieving political objectives, they commit acts of terrorism to generate new recruits, enhance membership morale, and strengthen the social unit. The social solidarity model helps us to understand why the TTP commits acts of terrorism in Pakistan despite its political ineffectiveness. This line of argument has implications for counterterrorism policy.

In order to formulate an effective counterterrorism policy, the government should focus on taking measures to reduce or eliminate alienation of people especially of youth. By improving  youth education and employment, the government can effectively prevent youth from falling into the hands of terrorists. The government must also encourage the development of civil society that would create opportunities for the socially marginalized and isolated people to tie-in peaceful voluntary associations. In addition, counterterrorism operations, which tend to create dislocation and social isolation, and motivate revenge, must be carried out cautiously to reduce collateral damage. These policies will help to diminish social benefits that terrorists’ organizations offer, thereby reducing their leverage of recruiting potential terrorists.

Recently emerged Pashtun Tahafaz movement (PTM) committed to peaceful protests, has demanded the rights of the Pashtuns living in FATA and beyond. It has attracted a significant number of socially alienated youth of FATA.  PTM has launched peaceful protests demanding return of dislocated population to their home places and respect of their human rights. It also demanded cessation of extra-judicial killings, forced disappearances and clearance of landmines in FATA. Though PTM has been criticized for various reasons, it has at least provided a platform for the socially alienated youth to tie in a peaceful movement. Mishandling of PTM by the state can potentially encourage the disenfranchised youth to look for platforms promoting violence.

Dr. Shahzad Akhtar is Assistant Professor at the School of Integrated Social Sciences, University of Lahore.