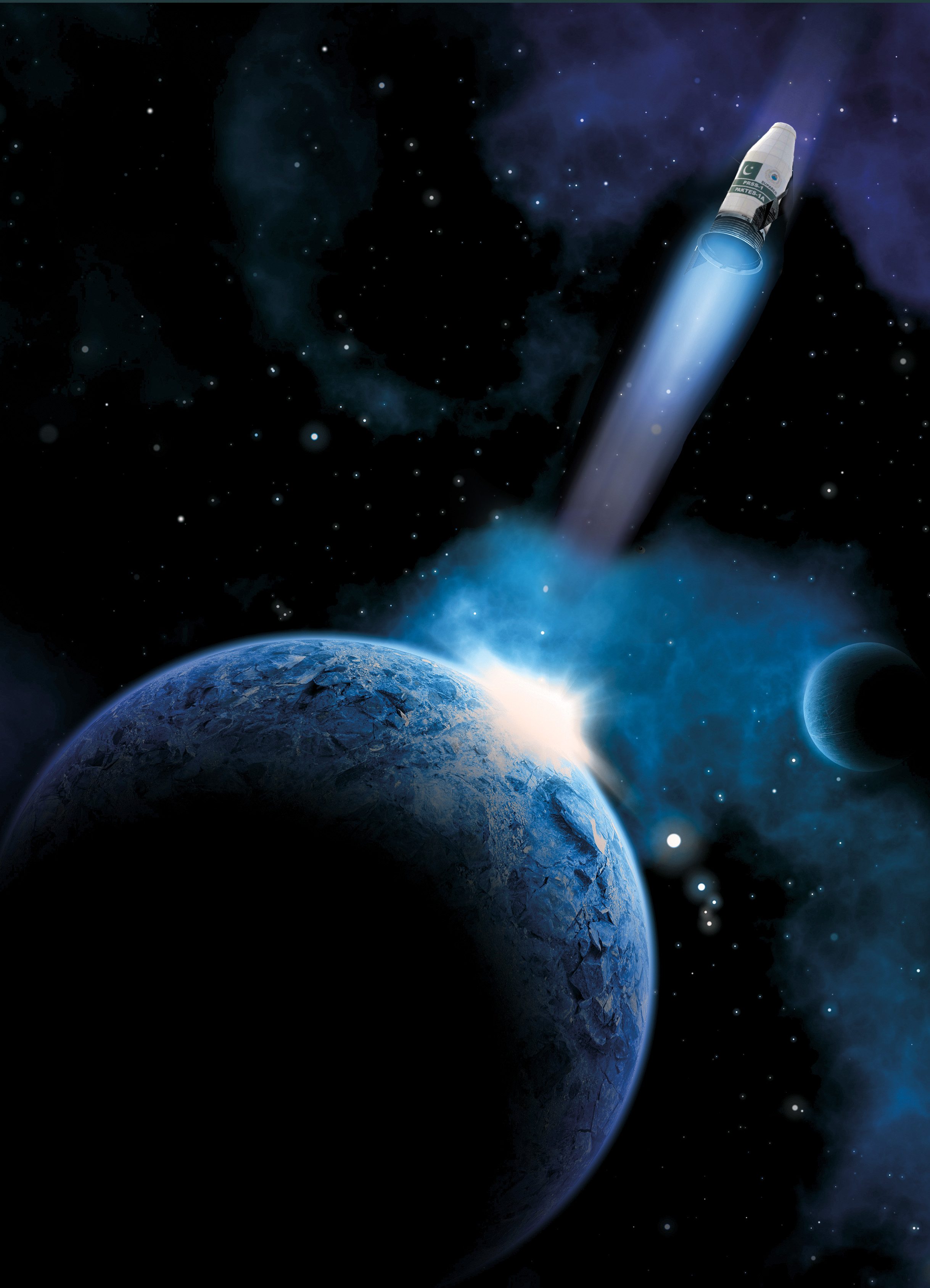 Pakistan’s premier space agency, SUPARCO made 200 million plus Pakistanis proud once it launched a remote-sensing (PRSS-1) satellite and a technology evaluation satellite (PakTES-1A) on July 9, 2018. These two satellites mark a big achievement in the socio-economic development of the country.

Pakistan’s space odyssey dates back to the peak of the Cold War once it became the third Asian country to launch a sounding rocket in collaboration with the American space agency, NASA. The space cooperation became a victim of the geopolitical developments once the two allies became disenchanted. Stringent technology denial by the West and lack of interest in supporting Pakistan pushed its space development to the back burner.

The first major breakthrough was witnessed once Islamabad launched its communication satellite Badr-1 in 1990. The second baby step was Badr-2 that was launched in 2001. The defining moment in Pakistan’s space program arrived in 2011 when it launched its communication satellite PakSAT-1R in 2011. Today, Pakistan has entered the club of advanced spacefaring nations which have remote sensing satellites. Not one but two remote sensing satellites were launched in tandem. This launch will not only help Pakistan project its soft image in the world but also reap the socio-economic advantages for its national growth by benefitting from space technology.

In 2016, an agreement was signed between SUPARCO and the China Great Wall Industrial Cooperation to build PRSS-1. The PakTES-1A on the other hand, was entirely SUPARCO’s own engineering endeavour. Both were launched from Jiuquan Satellite Center using Long March 2C/SMA rocket. It was the first commercial flight of Long March 2C to take any foreign payload in space.

Primarily, the data provided by these satellites will be used for multiple purposes. Images captured by PRSS-1 will be used for planning, managing, monitoring, and utilization of natural resources to improve the life of a common person in Pakistan. The data will help in improving the economic growth of Pakistan. In addition, remote sensing capability will also help organizations and institutions designated for environment monitoring in Pakistan to sharpen their climate change assessments. Likewise, the imagery provided by PRSS-1 will help in improving knowledge of the supply of freshwater and managing the distribution of water.

In the past two decades, Pakistan has been affected by super floods and droughts. Unfortunately, the water management system in Pakistan is in its worst condition. Major water dams are too few in number. As a result of this poor water management, massive water crisis in Pakistan is looming large. Situational analysis on water scarcity in Pakistan done by the UN and other international organizations suggests that Pakistan is likely to run dry by 2025 if the situation persists.

PRSS-1 could be a real game-changer. Space experts believe that remote sensing satellites could help countries to resolve their internal conflicts. For example, the distribution of water among provinces in Pakistan is a daunting task. The authorities  over time have failed to convince the provinces that all of them are getting their due share of water. In view of this lingering problem, PRSS-1 could play a decisive role as it will provide the images of the supply of water, level of water in the reservoirs and will highlight other indicators for better management of water. The satellite will also help in preparing feasibility reports for constructing more dams in Pakistan which is the need of the hour. Hence, PRSS-1 could play a major role in resolving the lingering water crisis in Pakistan. Eventually, the remote sensing satellite will help improve the capabilities of the departments and institutions related to water management in Pakistan to make better assessments of the situation and devise strategies to deal with the impending crisis. PRSS-1 will also be useful in agriculture to estimate future crop yields and monitoring. Furthermore, the remote sensing applications will be used to study the spread of several chronic diseases, mapping them will help ensure better health solutions for Pakistanis.

In general, remote sensing satellites will offer Pakistan the ability to predict and ascertain the level of precipitation and runoff water for a given area since it has greater application in agriculture, monitoring and predicting groundwater supplies, flooding, drought and atmospheric changes in Pakistan. In this regard, SUPARCO has undertaken landmark projects such as the development of geospatial systems for irrigation management, glaciers mapping and monitoring, river and flood vulnerability assessment, crop damage assessment, seawater intrusion mapping and groundwater prospection.

The launch of PRSS-1 and PakTES-1A has proved to be a real morale booster for Pakistan. SUPARCO has achieved another milestone in its long history of space exploration. The time gap between the last launch and the present was almost seven years, but it is still a giant leap forward for Pakistan. The Space program is getting considerable attention in Pakistan as it sees space program vital for its national power.

Major spacefaring nations are getting tremendous socio-economic benefits from their space programs and history of the Cold War space race is rife with success stories. Pakistan’s space policy is predominantly devised on technological determinism as it wants to bolster its space program for peaceful purposes and for socio-economic development and its Space Vision 2047 is the documented manifestation of its peaceful exploration of space.

Ahmad Khan is a PhD Scholar in the National Defence University, Islamabad and a former visiting fellow at the Atlantic Council, US.