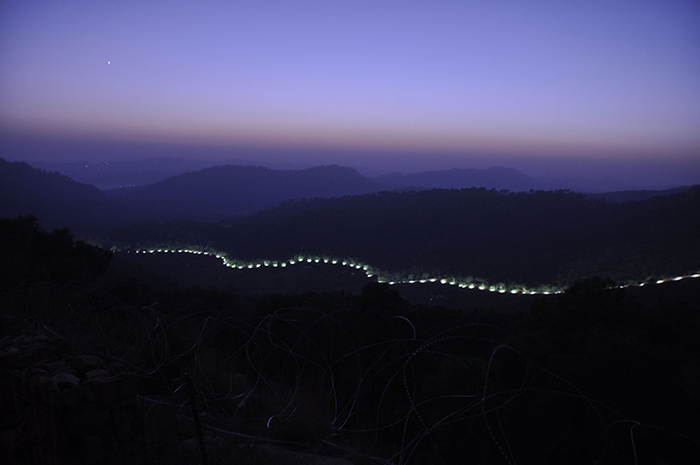 With the advent of the 21st century, geostrategic positioning of a country has regained its relevance in the national policy making. The post Cold War environment defused and pushed back the realistic adherence to maintaining strong security-centric policies as the world moved towards understanding the importance of diplomacy to settle sore ties and forge stronger renewed alliances.

The traditional arch rivalry, away from the Western theatre, remained embedded particularly in South Asia which suffered from the splinters of forming alliance with key players during the Cold War. On ground, the de-escalation and the end of the Cold War gave way to the new world order. The global community committed itself to more peace treaties to ensure future world peace. Yet, the proxy wars continued in various regions of the world while countries kept the channels of communication open with each other.

Pakistan’s foreign policy, like other states, was also shaped by the geopolitical considerations post-partition. The constitutional guideline for the conduct of foreign policy aimed at fostering cordial relations with all countries. With India however, the first conflict came couple of months after independence shaping the contours of its defense policy. Later on, protracted conflict over Kashmir and subsequent wars fought with India in 1965 and 1971 provided Pakistan the reason to pursue nuclear weapons.

Pakistan’s security policy continued to be shaped by the geostrategic dynamics in the region during the Cold War. Pakistan being a smaller state aligned its national security objectives to that of the United States – its chosen ally in the Cold War – and sat in the driving seat through the proxy war fought in Afghanistan between the Soviet Union and the US. The prime consideration in fostering an alliance with the US during the Cold War was to develop its military muscle to thwart threats from India. The aftermath of the Afghan War brought millions of Afghan refugees to Pakistan and forever tainted its policy towards Afghanistan.

Pakistan’s foreign policy over the years has seen significant tilts towards the United States and China for different reasons. For Pakistan, China has not only acted as a buffer against India but has quietly fulfilled its strategic and economic needs. The obvious push towards China and other Islamic countries in the Middle East came during the periods Pakistan was sanctioned by the United States for pursuing nuclear weapons.

American foreign policy has vigorously pursued and safeguarded its national and security interests around the globe. In its pursuit to maintain the superpower status – the sole unipolar power – US foreign policy has militarized international politics rather than champion peace and harmony globally. Pakistan through better part of its history was aligned with the United States for which it has suffered immense foreign policy losses and continues to do so. While still recovering from the aftermath of the Afghan War, partnering with the US in the Global War Against Terrorism post 9/11 further complicated Pakistan’s already limited foreign policy choices.

Defying all odds – from being called a failed state to a fragile state on the verge of collapse – Pakistan marks its 71st year of independence. Turning the tables on militants, Pakistan restored confidence in the eyes of the international community. Currently, Pakistan is not only looking at the country’s foreign policy through the prism of security but also through that of geo-economics. The country has become a linchpin of the expansive One Belt One Road(OBOR) initiative with the initiation of the China-Pakistan Economic Corridor (CPEC). Its overtures to Iran and Russia suggest that the country is looking at ways of regional integration rather than strictly focusing on the security sector. Also, its repeated efforts to have a balanced policy in all Middle Eastern disputes, show that its foreign policy is getting more flexible and is not strictly embedded in the security binary.

Pakistan’s foreign relations with most countries hinge on a traditional foreign policy based on goodwill. At a glance, Pakistan’s foreign policy is ideal as it caters to both national needs and international norms. The influence of security policy over a conventional foreign policy is limited to few countries and that too dictated by the changing geostrategic alliances and dynamics in the region. For the next five years, one can hope that Islamabad’s sensible realization amid regional and global changes to formulate a balanced foreign and security policy will determine its place as an important regional player.