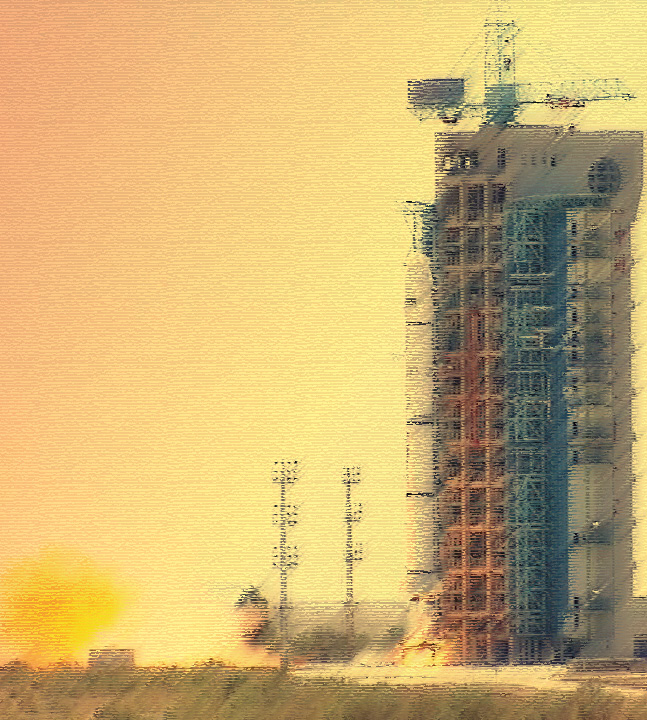 In the 21st century, the traditional interstate security threat perception has been stretched out to include nontraditional issues like environmental degradation, climate change, health and social security. Comprehensive security, encompassing political, social, economic and environmental factors is facing major implementation challenges in almost all states. Pakistan recently launched two satellites into space to address such threats.

Water and food security top the list of non-traditional security threats that the South Asian region faces. Increasing food prices are demanding change in policies and new technologies in agriculture sector to ensure food security. It has been estimated that millions of people are suffering from high levels of poverty in the region. Moreover, natural disasters have put South Asia among the world’s most volatile regions. A great number of people have died and financial damages have been caused due to natural calamities like floods, scarcity of water, high urban population density, energy shortages, air pollution etc. Environmental degradation and climate change will further increase the vulnerabilities leading to scarcity of resources, melting of glaciers, floods, diseases and migration.

These non-traditional threats, threaten the viability of Pakistan’s socio-economic sector, which in turn hampers political stability in the country. In Pakistan, low-probability and high-impact events such as earthquakes, floods, droughts, storms and cyclones have increased in frequency, inflicting unbearable human and financial losses upon the state. The earthquake of 2005 caused approximately 0.1 million deaths, made 3.5 million people homeless and incurred $5.2 billion worth of financial losses. Similarly, the floods of 2010 wreaked havoc all over the country affecting 20 million people.

In addition to natural disasters, climate change and variations in precipitation patterns also affect agricultural produce, exacerbating food shortages. Food scarcity is an issue predicted to become one of the most important problems faced by the states in future. Likewise, dwindling freshwater resources has led many scholars to forecast inter-state ‘water-wars’ in not too distant future. These non-traditional security challenges merit urgent attention before they spiral out of control, posing a threat to the development and survival of Pakistan.

In view of these developments, exploration of space is becoming an attractive venture for states in order to counter prevailing non-traditional security challenges. Satellite remote sensing is so far considered a powerful and efficient tool to study the environmental impact. Remote sensing is a phenomenon that has numerous applications including photography, surveying, geology, forestry and many more. Remote sensing has many uses in disaster management, from risk modeling and vulnerability analysis, to early warning, to damage assessment.

Satellite technology has thus become one of the fundamental sources of information in assessing, monitoring and mitigating natural disasters and related phenomena. Space technologies, including satellite remote sensing technology in particular, have demonstrated proven capabilities in meeting challenges of such nature.

Pakistan launched Remote Sensing Satellite-1 (PRSS-1) to deal with these non-traditional security threats. It will operate in sun-synchronous orbit at an altitude of 640 km. The Satellite is equipped with a high resolution optical payload that will enable Pakistan to meet its imagery requirements in the areas of land mapping, agriculture classification and assessment, urban and rural planning, environmental monitoring, natural disaster management and water resource management for socio-economic development of the country. Through recently launched PRSS-I, the environmental monitoring and management, covering all four environmental areas i.e.  land, air, coast and marine would be accomplished. Pak TES-1A (Pakistan Technology Evaluation Satellite-1A) was also launched alongside PRSS-1. It is an indigenously developed 285 kg remote sensing satellite that is circling at 610 km sun-synchronous orbit.

Pakistan is now in a position to mitigate the adverse effects of natural disasters through early warning systems, technological advances in building and infrastructure construction, improved sanitation systems, increased disaster preparedness, and having an effective emergency response strategy. Expanding and enhancing the information and knowledge base on climate change, as well as mapping vulnerabilities, can help create adaptive measures to reduce the effects of climate change.

Water insecurity is the most serious challenge for Pakistan due to population explosion and urbanization, massive expansion of tube-well irrigation, reduced levels of precipitation caused by climate change, and the accelerated retreat of the Himalayan glaciers. According to the World Resource Institute, Pakistan is going to face a high level of water stress by 2020. By 2030, the ranking will worsen further to extremely high level, thus pushing Pakistan to the list of top 33 countries under extreme water stress.

In view of present challenges faced by Pakistan, PRSS-1 can be utilized for water remote sensing. RSS capability is very crucial in understanding the dynamics of water quantity and quality, which can be used to simulate water resources management scenarios under different water quantity or quality demand.  Through RSS capability one can identify, map and calculate the total surface area of the water bodies in different seasons. The most significant utility of PRSS-I data includes climate forecasting to track weather-related natural disasters like floods, storms, rain etc and in accelerating response, recovery and rebuilding efforts immediately afterwards by the relief departments.

Without doubt, the accurate weather forecasts are also extremely important to determine country’s electricity demand, its generation, supply, electric infrastructure and onwards the cost to consumers which has been a critical issue for Pakistan since several years. Moreover, the satellite data may be used to study the spread of several chronic diseases thereby contributing to ensure better health and recovery of citizens. The UN Platform for Space-based Information for Disaster Management and Emergency Response (UN-SPIDER) runs regional workshops and provides technical advice to individual countries. Pakistan should actively participate in such workshops to get better information about disaster management by using space technologies.

Remote sensing technology plays an important role in disaster management especially during the preparedness and response phases. These technologies could not only provide cost efficient and effective methods of water management but they also accurately monitor and predict long term trends of depletion of resources. Considering the non-traditional threats faced by Pakistan, it is the need of the hour to work on space program due to growing demand from the civil communications, including the Global Positioning System, mobile telephony and the internet. Therefore, it is time for the decision-making elite to give SUPARCO particular attention. It is about time Pakistan realizes that the space technologies can play a vital function in both enhancing productivity in business and economy and facilitating the socio-political progress.