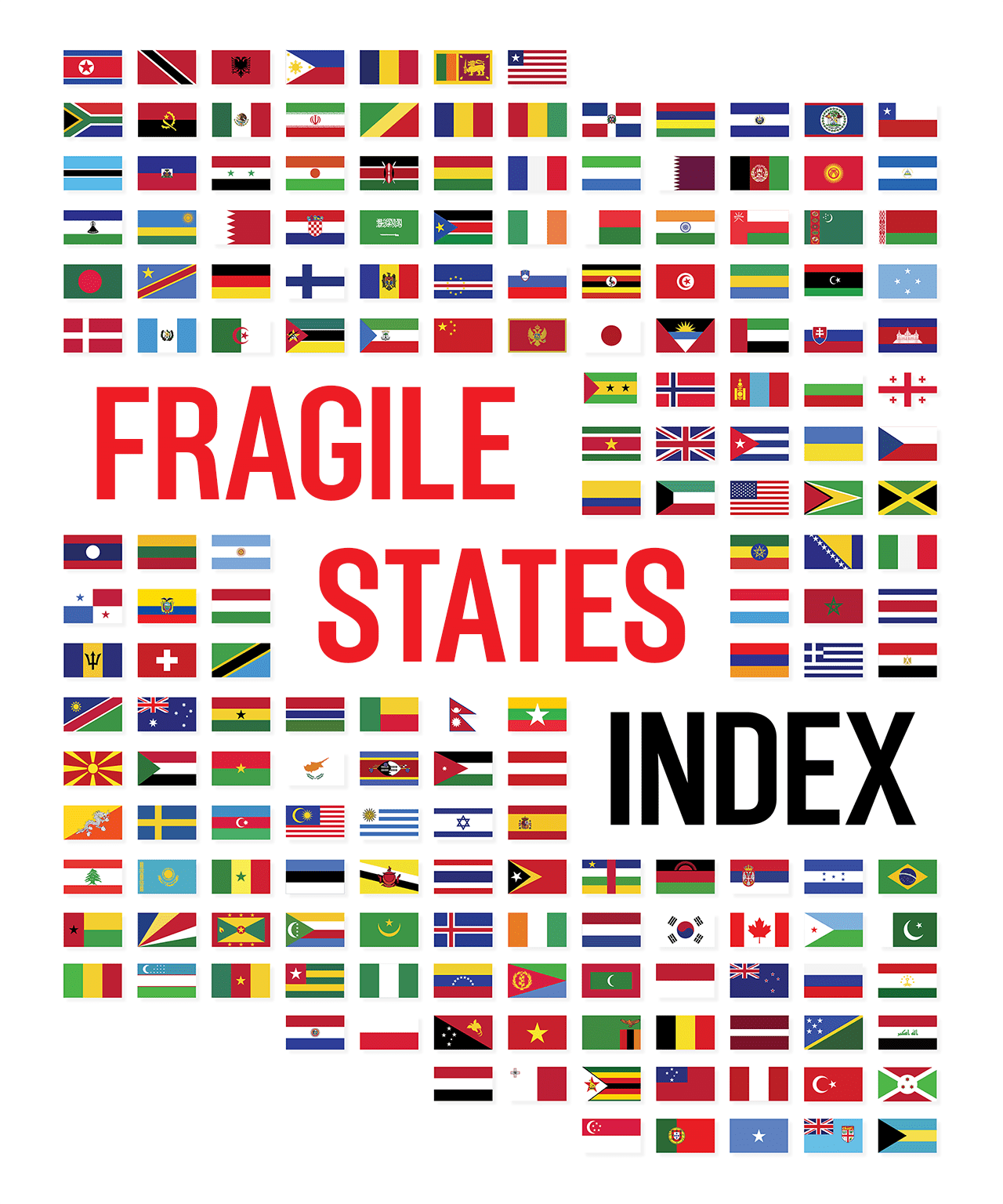 If international narratives on Pakistan were to be believed, then Pakistan is a Weak State, a Failed State, a Garrison State, an Insecure State, a Fragile State, a Failing State, a Client State and a greedy state, to name just some of the many representations and categorizations that have been used to try and codify Pakistan’s behavior in international politics. Even though the literature on Pakistan is profuse with counter narratives which launch opposition to mainstream thought, it does not question the label itself. It is one thing to critically evaluate the methodological and conceptual flaws inherent in the categorization of states and entirely another to question the label. To that extent,  studies have often evaded questions such as how is labeling embedded within the fabric of global power struggles; how are identities constructed and structured to sustain the global hierarchical arrangements through the use and circulation of labels; who, in the international system, has the power to label. This is because the power to label has predominantly rested with powerful political entities, albeit new and old. It has proved to hold intrinsic value in defining and projecting a hierarchical structure in the international system which remains central to the powerful states’ exercise of power and hegemony. The asymmetries in power inﬂuence the labeling process and these labels, as imprints of power, are central to the production of hegemonic meanings. Thus while previous empires denounced the weaker political oppositions as ‘savages’ and ‘barbarians’, more recently, labels such as failed states, collapsed states, weak states, crisis states, vulnerable states and rogue states have emerged as some amongst many contemporary representations of states in the post-colonial world.

These labels are emblematic of the West’s qualitatively diverse relationships with the rest of the world which are brought to actionable policy usage through defining commonalities and differences by imposing boundaries and defining categories. Since the non-West encompasses a vast array of states, categorizing states under different labels opens up space for tailored policy prescriptions. The policy, developmental and academic discourse emanating from the West, ostensibly, indulges in quantifying and measuring states, by placing them under categorically assigned labels to define needs, justify interventions and to formulate and channel solutions to perceived problems. However altruistic these assignments might be, evidently they are embedded within a relationship in which the powerful states use labels to inﬂuence how particular issues and categories of states are treated.

Viewed from this perspective, the labeling phenomenon then becomes central to the exercise of power between the labellers and the labelled. The set of logical distinctions characterizing the ‘labelled’ becomes homologous to a hierarchy of social distinctions. Under the influence of asymmetrical power and guided by hegemonic interests, states are categorised under different labels thus institutionalizing prejudices and stereotypes by conforming to generalizations, that project commonalities and similarities within given categories while excluding information that might threaten the fabric of the category. These prejudices inherent in the practice of labeling, however altruistically driven, can become pivotal in misrepresenting an entire category of people which can then be used as a basis for making claims and gaining political space. This political space, insofar as labeling of the weaker states by the powerful states is concerned may be interpreted as rationalizing state-endorsed violence, mobilizing support for state policy and communicate a threat to opponents of being treated like its namesake elsewhere. Since labels are social constructions employed as means to organizing perceptions, knowledge, and moral relationships, altering the label of a category in which a periphery/weak state is placed alters the meaning of its behaviour.

Constructed ‘truths’, emerging from within western corridors are taxonomically arranged under different labels to carve both the direction of policy and prejudices. Consequently, the system of judgment is legitimized  by the politically generated empirical evidence. This evidence, manipulated by processes of objectification, produces knowledge that serves the powerful states by making unsavoury ‘truths’, less available to people’s awareness. Within the discourse on International Relations then, there is a proclivity of western authors to analyse the post-colonial state while ignoring its socio-historical context. Resultantly, there is no account of how a post-colonial state comes into being in the first place, how it is constituted or reproduced. The discourse, rather pitches the detrimental situation in these states as an inimical circumstance whose blame rests squarely on the state itself. When the ‘truth’ is circulated widely enough, it becomes a ‘universal’ currency as a ‘legitimate’ frame of action. What we then see is a wide array of policy prescriptions ignoring or at least expressing impatience at imputations of historical responsibility for colonialism  and hence structuring a ‘truth’ that absolves the west of its past imperial sins.

It often seems that the labels of ‘Failed States’ and ‘Fragile States’ are used interchangeably in political lexicon, implying that they represent the same phenomenon associated with state failure. However,  both labels project different identities. The label ‘Failed state’ seems to represent a binary measurement along which a state would either pass or fail, thus rendering the category for analysis in absolute terms.  ‘Fragile state’ on the other hand, projects an attribute. Hence while both the labels might actually mean the same thing, they however, express different identities. This is not to say that these identities are true representations of their political status. Categorizing states under any label, ‘failed’ or ‘fragile’, cannot happen without involving a certain degree of generalization. These generalizations give birth to strong stereotypes. While the negative stereotypical image of a ‘Failed state’ is strongly associated with its risk to global security, it would be flawed to suggest that Haiti, Somalia and Pakistan pose the same magnitude of threat to global security. In fact, the overwhelming majorities of ostensible failed states neither pose nor have posed a threat to international peace and security. However, the stereotypical image generated by the label of ‘Failed states’ does not stop academics and policymakers to indulge in broad generalizations and paint the entire category with the same brush. The proliferation of many specific studies on ‘Failed states’, and the incorporation of the label in our daily political lexicon illustrate how the label has unquestionably been accepted. Similarly, Iraq as a ‘Rogue State’ and Iraq as a ‘Failed State’ are two different identities and concomitantly, two different realities constructed by western policy machination. The image of a ‘Rogue State’ is indicative of a binary opposition between ‘friends’ and ‘foes’ of the Cold War period, hence Iraq as a rogue state conjures up an image of a state resistant to American core values of democracy, human rights and free market economy, and hence essentially anti-US. This stands in contrast to the stereotypical image accompanying the failed state label. Failed states are those where the structure, legitimate power, law and political order have fallen and thus need ‘help’.

How does labeling Pakistan then bode for its relations with the rest of the international community? One can easily conclude that the frames and labels through which Pakistan is viewed then places Pakistan at a disadvantage from the outset of its interaction with the rest of the world. Consequently, the accumulation of negative stereotypes that continue to provide the lens through which Pakistan is viewed, at the same time directs international policy towards it. That is why, for instance, Pakistan having suffered heavy casualties in the War on Terror and having embraced economic losses amounting to $60 billion or 5 per cent its GDP on an annual basis, continues to seek an acknowledgment for its contribution to the War on Terror. However, the pejorative and generalised categories within which Pakistan is labelled amputate historical facts from the discourse; ignore empirical evidences promoting the case made by the Pakistani state; and enforce western ways of knowing.  It is this way of knowing that needs to be questioned and be taken as a research agenda by the scholarly community rather than responding to western discourse with what we know.

Ahmed Waheed is an Assistant Professor at the Centre of International Peace and Stability, NUST and the author of ‘ The Wrong Ally: Pakistan’s State Sovereignty under US Dependence.’