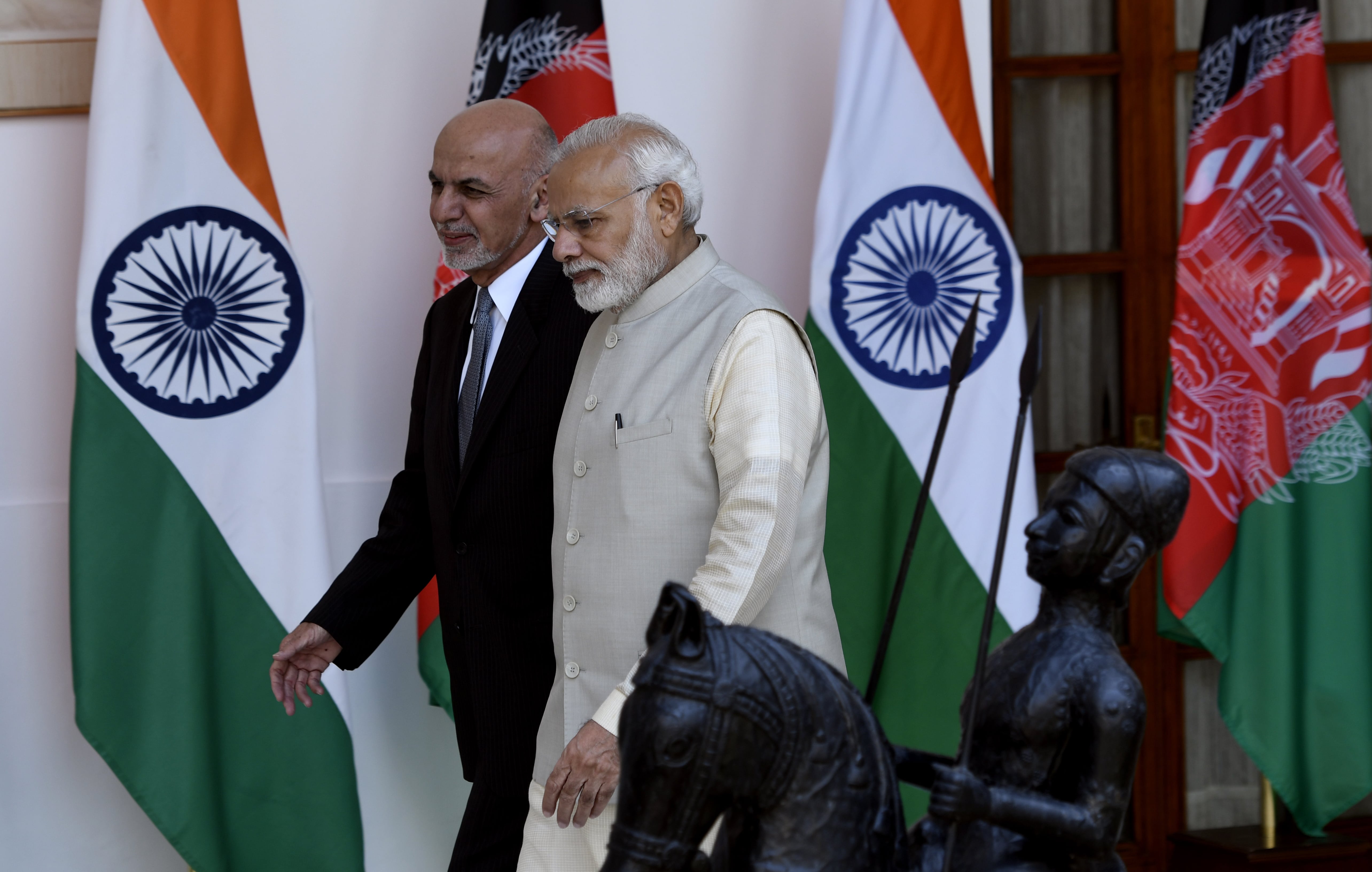 India and Afghanistan have a close bond, exemplified by Rabindranath Tagore’s short story, Kabuliwala, about the friendship between a Pashtun fruit seller and an Indian girl in Calcutta. While the two countries might be geographically separate, they are united in antipathy towards their shared neighbour, Pakistan, and have had decades of amicable relations. In the Cold War,  they were both members of the Non-Aligned Movement, and grew closer as both countries gravitated further towards the Soviet Union. Delhi supported the Soviet occupation of Afghanistan in the 1980s, and stood firmly behind the socialist President Najibullah until he was deposed in 1992. India severed ties with the Taliban regime, which it saw as a Pakistani proxy, but bilateral relations flourished again after 2001.

The warmth of the relationship lies partly in the fact that India did not commit combat troops to Afghanistan before or after 9/11. While Delhi has indeed been involved in training and equipping Afghan forces, concluding a strategic partnership agreement with Kabul in 2011, the brunt of its support for the country consists of development assistance. India helped build Afghanistan’s new parliament, it funded a transmission line, high school and bus service in Kabul, it has financed numerous clinics throughout the country, and has also backed dam projects, contributing more than $2 billion in aid since 2001. Moreover, many Afghans have studied or trained in India. Former president Karzai was a student in Shimla, while the Taliban’s former head negotiator, Stanekzai, attended an Indian military academy.

But India’s position in Afghanistan is now being put to the test. The war has reached a stalemate, leading the US to pursue a negotiated settlement. Zalmay Khalilzad, the Trump administration’s special envoy for Afghan reconciliation, has conducted direct talks with the Taliban, leading to a provisional agreement in January. Pakistan has reportedly been instrumental in the success of these talks, encouraging the insurgent group to cooperate. But the Taliban still refuse to sit down with the Afghan government, which they see as an illegitimate American puppet regime. All in all, this is a concerning situation for Delhi’s policymakers. The Taliban look set to re-enter government; Pakistan’s star is rising; and India’s allies in Kabul are left out of the loop.

Delhi has been averse to negotiating with the Taliban, which it views as a terrorist group backed by Pakistan, and has thus far played an awkward and distant role in peace talks. The Indian government has attended meetings with other regional players in Kabul and Tashkent, but has not formally participated in direct talks with the Taliban. At the Moscow Format meeting last November, when Taliban negotiators sat side-by-side with officials from China, Iran, Pakistan, Russia and Central Asian Republics, India only dispatched two former diplomats to attend in a ‘non-official’ capacity. But the fact Delhi sent anyone to the meeting at all reflected a shift in its thinking. With elections coming up in 2019, India will not want to be seen cosying up to a group associated with Pakistan.

But India’s refusal to engage with the Taliban puts it at a serious disadvantage. While other regional players, including China, Iran, Russia, Uzbekistan, and Pakistan, along with the Gulf States, all have contacts with the insurgents, Delhi’s ties are minimal. No less than India’s army chief, General Rawat, said in January that his country had to talk to the Taliban to safeguard its interests in Afghanistan. As negotiations proceed, efforts have apparently been made by the Indian government to establish a backchannel, according to Harsh Pant and Avinash Paliwal writing in Foreign Policy. But Delhi is playing catch-up: its rival China, for instance, has reportedly been in touch with the Taliban since 2001, meeting the group several times in the past year alone. If the Taliban return to government in Kabul, Beijing will be much better placed to get what it wants.

India has been in this situation before, after the fall of its ally Najibullah and ascent to power of Pakistan-backed Mujahideen fighters in 1992. Back then, as Paliwal writes in his book My Enemy’s Enemy, Indian Prime Minister Rao took the pragmatic decision to engage with the Mujahideen and recognise their government. If he had not done so, India would have found itself isolated from the international community, which accepted the new regime. The Taliban regime of 1996-2001, by contrast, was internationally isolated, and India did not recognise it (although some pragmatists in government suggested it should). This current moment is more like 1992, because the international consensus now favours engagement. Almost every significant regional power, along with the US, is talking to the group. India’s refusal to engage with the Taliban is exceptional.

Some might argue that the Taliban’s ties to Pakistan are too strong to allow for contact with India. But this is to misconstrue the nature of the Pakistan-Taliban relationship. Far from being Pakistan’s slaves, the Taliban are Afghans with a mind of their own, as Indian policymakers in the early 1990s realized. When in power, they never recognised the Durand Line. The memoirs of Mullah Zaeef are replete with full-throated denunciations of the ISI. Ajai Shukla recounts how Talibs he had met disdained Pakistan and even expressed affection for India. Of course, Islamabad has some leverage over the movement, as its successful efforts to broker talks this year show. But it does not control the Taliban, and if the group wanted to talk to India, Islamabad would have a hard time stopping them. All the more so, because they now have other sponsors, such as Iran, and operate a political office in Qatar. Indeed, the Taliban cultivated these relationships to reduce its dependency on Pakistan, and could apply the same logic to any dealings with India.

There are also indications that the Taliban may try to preserve India’s development assistance. The movement has become more pragmatic over time, and now openly supports foreign aid. Stankezai, in a recent interview with the BBC, said foreign countries such as the US would be welcome to participate in Afghanistan’s reconstruction. The group has repeatedly stated that it supports infrastructure projects, like the TAPI pipeline (which includes India). The biggest short-term obstacle to a meaningful shift in Delhi’s Taliban policy is the Indian general election set to take place between April and May this year.  Prime Minister Modi’s popularity has been sinking fast, as India grapples with rising unemployment and low wages. Engaging with the Taliban could therefore be fatal to his electoral prospects, especially after the Pulwama attack, which Delhi blames on Pakistan. But, once the election is over, a shift in India’s approach to Afghanistan is not only conceivable, but inevitable.