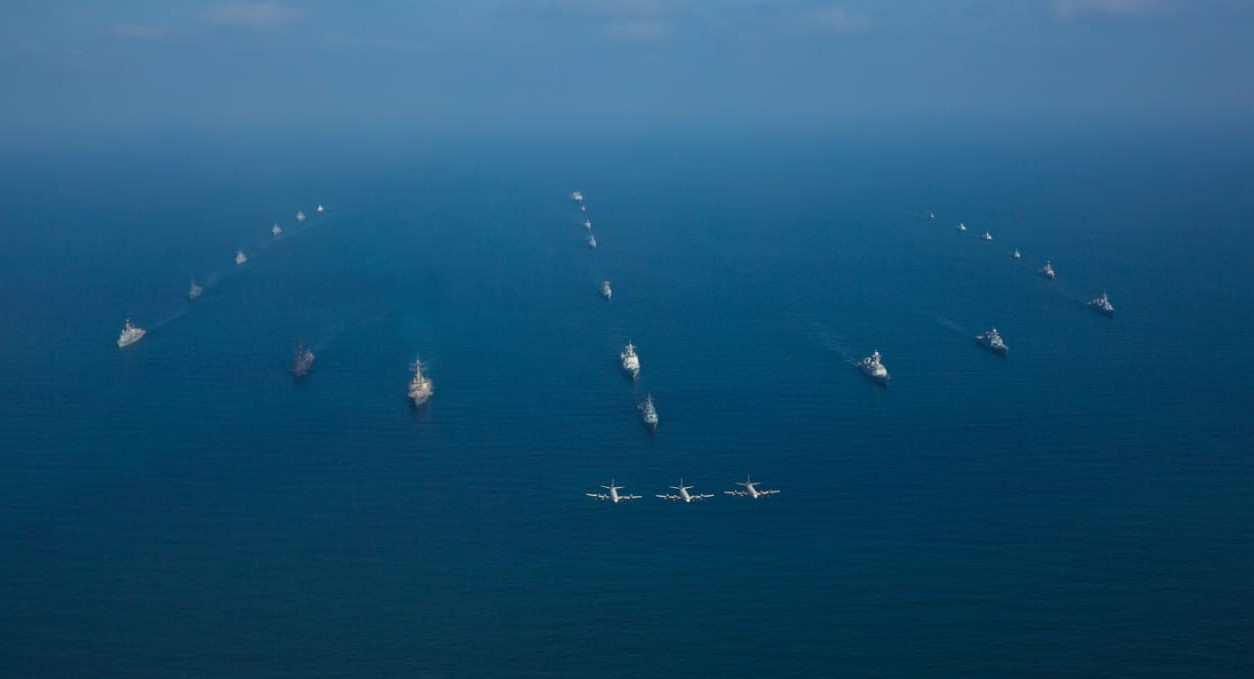 With the increasing reliance of countries on Indian Ocean trade routes due to the rising energy needs, non-traditional maritime threats have increased tremendously. To combat  these threats, states-led naval collaboration has become all the more imperative. Pakistan has always promoted peacekeeping movements in the region. Also, with a view to confronting and dealing with  non-traditional threats , the Pakistan Navy (PN) has continued to play an important role in the collective maritime security of the region. With a view to sharing expertise, devising common mechanism, and creating synergy, the Pakistan Navy  organized the 7th edition of the ‘AMAN’ exercise in February 2021. One of the primary objectives of AMAN-21 was to maintain regional maritime discipline through mutual discussions with other navies.

It is reasonable to argue that AMAN-21 was bigger and better, as it garnered a great deal of attention globally. Aptly entitled “Together for Peace”, AMAN-21 was an expression of support to Pakistan against a multitude of common threats. Navies of 45 countries participated in this all-important exercise, including the navies of the U.S., Russia, China, and Turkey. At a time when Pakistan is trying assiduously to reset and sell the narrative of peace, a naval exercise of such magnitude is just what the doctor ordered for it.

That global competitors like the U.S., Russia, and China  participated in an exercise hosted by Pakistan is significant, to say the least. The participation of Russian naval fleets is another noteworthy aspect of the exercise. It was after a lapse of ten years that Russia participated in joint military drills with NATO members. This  goes to show how positively  countries across many a divide approached and responded to Pakistan’s gargantuan initiative at sea.

It is indeed reasonable to argue that the successful organization  of AMAN-21 is no mean feat. Hosting these international naval exercises has projected a very positive image of Pakistan globally, and has projected  Pakistan’s efforts  for building collaborative maritime security mechanisms to counter all sorts of non-traditional security threats in the Indian Ocean Region, including maritime terrorism, piracy, and other maritime-related  threats. This has also provided a forum for various participating nations to interact and promote maritime cooperation.

In addition to all this, AMAN-21 has greatly  damaged  India’s efforts to isolate Pakistan. The global attention elicited by this naval gambit has repudiated India’s propaganda and refrain about Pakistan’s inability to draw great powers towards it. The projection of AMAN-21 has made it difficult for New Delhi to shape the narrative in its favor. Also, it is noteworthy that while  Exercise Malabar has only attracted one more participant in Japan since its inception in 1992, the number of participants in the AMAN series has increased precipitously. As the title clearly suggests, AMAN connotes peace; it does not, in any manner, harbor aggressive designs against any nation. The latest edition saw participant fleets conduct real time operational and tactical maneuvers, to sharpen and strengthen their response in an environment marred by multi-domain threats. Through robust naval diplomacy, Pakistan has communicated to its opponents  that isolating it in the  maritime domain will remain a pipe dream  only. The AMAN series does not hold any aggressive design. Rather than aim to counter a particular country or group of countries, this series wants to enable countries to learn from best-practices and operational successes in the maritime domain so as to grapple with a plethora of challenges, ranging from piracy to terrorism.

Apart from helping uphold  peace and stability in the region, the AMAN  exercise-led cooperation could also effect a transformation in the Pakistan Navy, as it cautiously treads the path towards becoming a blue-water navy. Therefore, the AMAN exercise is a step in the right direction, especially in an era where the maritime environment in the Indian Ocean Region is changing due to great power politics.

The AMAN series has the potential to become an ideal forum for the exchange of information, mutual understanding, and identification of areas of common interests. Cooperation at the operational and tactical levels will enable regional navies to better deal with common challenges in the maritime domain while avoiding frictions. The official motto of AMAN-21 ,“Together for Peace”, was not only befitting but also a plea to join-in for peace, stability, and connectivity. Some scholars are calling Pakistan Navy’s maritime diplomacy a great success at the regional and global levels. That said, it remains to be  seen as to how Pakistan leverages this opening to bolster its ties with all the countries that participated in AMAN-21.

Promoting naval cooperation through exercises like this not only helps create stability and understanding between nations but also provide an opportunity to reinforce political, economic, commercial, and cultural linkages among the participating countries. This is especially important for Pakistan, a country that is on a mission to fully explore its geoeconomic potential.

That navies from 45 countries were hosted by Pakistan and its navy is but a reflection of the country’s growing military and diplomatic outreach across the world. Further, it highlights that Pakistan is being seen as a stabilizer in a strategic landscape which is full of at-sea security challenges. The confidence reposed in Pakistan by some of the leading naval powers in the world, augurs well for the future, especially when the role of the Pakistan Navy is tipped to increase in an environment which is poised to be shaped by trade and connectivity.

Shabnam Fazal is an MPhil student at the Department of International Relations, National University of Modern Languages (NUML), Islamabad.