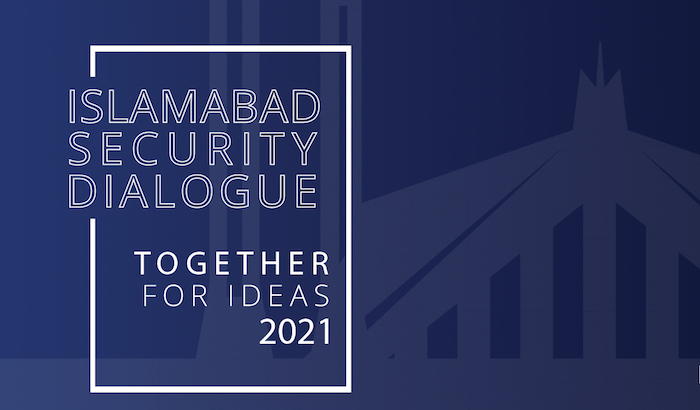 Much before becoming the country’s premier, Imran Khan, delivering a keynote address at the Hindustan Times Leadership Summit, said: “food security would be a big issue going forward. We should start worrying about the water issue; it will eclipse every other problem.” In that very address and his speeches after coming into power, Khan asserted that fighting such non-traditional security threats could become easier if India and Pakistan resolve their differences. Also, according to Khan, the dividends of Indo-Pak peace and stability in Afghanistan are enormous when it comes to harnessing the country’s strategic location for economic connectivity and integration. Thus, it was apparent that the new political leadership in Pakistan was willing to look at the concept of security in its broadest sense, and, in the process, garner space in the foreign policy domain.

In line with this aim and the ruling party’s manifesto, the government focused on creating a body that would act as the Prime Minister’s think tank on matters related to security. In August 2019, the Strategic Policy Planning Cell (SPPC) was established in the National Security Division (NSD). According to the Special Assistant to the Prime Minister on National Security Division and Strategic Policy Planning, Dr. Moeed  Yusuf, the SPPC has been mandated by the Prime Minister to delve into beyond-the-horizon issues pertaining to security so as to prepare to respond to the ever-changing security and strategic environments. Since 2019, the NSD has taken the lead in recalibrating and expanding the contours of national security, linking those with Pakistan’s foreign policy direction and articulation, and, most importantly, including experts and scholars in decision-making processes. All this has led to a greater focus towards both economic diplomacy and strategic communications, elements that were missing  in Pakistan’s security and foreign policy toolkits. Pakistan has all but framed its core foreign policy interests within the broader construct of economic security. With a view to projecting Pakistan’s narrative globally, the NSD, in tandem with five  Islamabad-based think tanks, organized the inaugural edition of the Islamabad Security Dialogue.

The first-of-its-kind dialogue brought together a galaxy of top-notch experts, scholars, and officials to deliberate on a plethora of traditional and non-traditional security facing Pakistan, the region, and the globe. While PM Imran Khan and Chief of Army Staff (COAS), Gen. Qamar Javed Bajwa, gave an overview of Pakistan’s idea of security and vision for peace and prosperity, some of Pakistan’s best brains and experienced hands cogitated on critical elements of national security, ranging from the need to create a comprehensive security paradigm to economic security to human security to regional stability and the evolving global order. The two-day conclave identified all-important, interlinked themes that merited attention. For instance, without devising a robust framework to augment human security and its multifaceted dimensions, Pakistan cannot be expected to leverage its biggest asset: youth. Speaking about the importance of human security, Special Assistant to the Prime Minister on Poverty Alleviation and Social Protection, Dr. Sania Nishtar, said: “our government is fully conscious of the fact that human security and human capital-formation have to be squarely positioned in the national agenda.” Also, as fittingly highlighted by Federal Minister for Climate Change, Amin Aslam, the phenomenon of climate change impinges on multiple dimensions of Pakistan’s national security, including economic and water security.

That the Islamabad Security Dialogue allowed policymakers to elucidate the country’s commitment to working on the oft-ignored aspects of security is something that would go a long way in helping Pakistan enrich and redirect the debate on national security both domestically and globally. Engaging the world and telling it how differently Pakistan is approaching security and regional stability has become more important than ever. Dialogues like this must continue to take place and include a diverse group of people , for they are strategically significant at a time when the reliance on exploiting the information revolution is increasing precipitously. Pakistan appears cognizant of the need to tailor its policymaking commensurate with modern practices. At the start of the dialogue, PM Khan launched the NSD’s Advisory Portal that has linked the NSD with Pakistani think tanks and academic institutions. The Portal is designed to allow some of the best minds of the country to directly share policy-input with the government, a step that will greatly help policymaking become inclusive, focused, coherent, and people-friendly. However, the makers of this Portal must ensure that it functions and navigates bureaucratic hurdles going forward. That the government acknowledges that working in silos has been detrimental to Pakistan’s progress is a good sign. Now it is important for the government to follow through with its resolve and commitment to streamlining its engagement with the academia, body of experts, and the public in a bid to introduce effective, impactful policies.

The motto of the Islamabad Security Dialogue “Together For Ideas” is an instructive one. All efforts to bring in optimal dynamism in policymaking would grind to a halt, if ideas that drive them do not add something new to the mix. It is, therefore, imperative that the 2nd edition of the Dialogue gives more space to younger scholars who, by virtue of different backgrounds, outlooks, and frame of references, are likely to add to the diversity of ideas. Tipped to become Pakistan’s premier security conference, the Islamabad Security Dialogue could be the platform which can help launch the next generation of Pakistani thinkers that will leave an indelible impact at the global level. Allowing fresh faces to take the lead, along with those who have seen it all and done it all, will help Pakistan hone its intellectual response to the very many challenges it confronts.

The Dialogue’s focus on identifying ways to tap the country’s geoeconomic potential for exacting economic security is understandable, especially given the growing preponderance of regional connectivity and integration. Concomitantly, accentuating on other non-traditional threats is also the need of the hour, especially when the world continues to be ravaged by the COVID-19 pandemic. That said, Pakistan needs to walk a tightrope between traditional and non-traditional security. As we speak, the sources of traditional security threats are becoming more brazen and are imbued with the belief that traditional means have to be used to achieve traditional ends: territorial conquests through military victory. The worsening situation in Afghanistan is all but likely to present a package of traditional challenges to Pakistan. Effectively dealing with internal security challenges, ranging from human security to food security, will complement and add to comprehensive security. However, the country’s leadership must continue to keep its eyes on the ball when it comes to traditional security while strategizing on grappling with non-kinetic, non-traditional methods of warfare that are complicating the traditional security landscape. In the next iteration of the Dialogue, experts and policymakers must join heads to look at the implications of the changing nature and conduct of war and warfare on Pakistan’s response-spectrum.

As for navigating geoeconomics and geostrategy, Pakistani strategic affairs and foreign policy scholar, Dr. Rabia Akhtar, suggests Pakistan should avoid getting into a zero-sum game, for both paradigms intersect given Pakistan’s strategic location. Indeed, while PM Khan looks forward to working with the Biden Administration on dealing with the ramifications of climate change, the U.S. sees Pakistan through an Afghan prism due to its geostrategic location. Also, while Pakistan rightly wants to provide economic bases to the world and steer clear of the Sino-U.S. rivalry, geostrategy-induced structural impediments will challenge Pakistan’s ability to act as a geoeconomic actor. Pakistan, thus, needs to strike a balance, by exploiting its location and presenting itself as a geostrategic and geoeconomic player in the region.

In order to make the Dialogue a strategic success, the government has to ensure that takeaways are fed into the system, which must increase its capacity and willingness to accommodate those. A follow-up framework must be instituted so as to enable stakeholders to assess and ascertain how far sets of ideas that were brought to the table through the Dialogue have changed government’s approaches to critical security issues facing Pakistan. After all, the aim of this Dialogue is not to become a mere annual extravaganza but to act as a veritable revolving conduit between policymakers and thinkers.