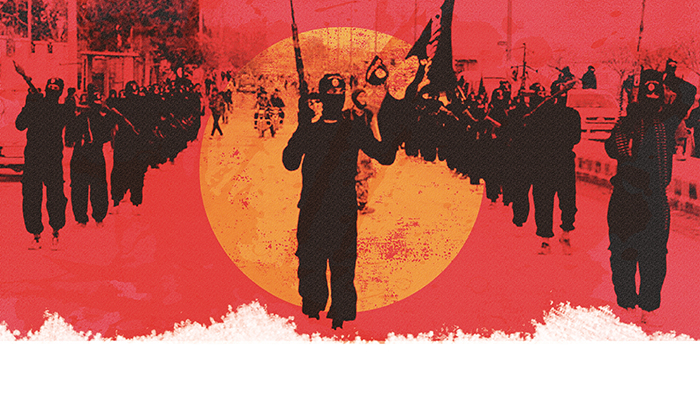 It was election year in Pakistan and­­ the Pakistan Tehreek Insaaf has formed the government in the center. The change of guard notwithstanding, the relationship between Kabul and Islamabad and the situation in Afghanistan continues to be in the doldrums. This relationship will always be a mooting point for respective administrations on either side of the border regardless of which party comes into power. The blatant reality is that administrations, governments or transitions between civil and military rule in Pakistan has not rectified the state of the bilateral relationship which is characterized by several flashpoints that remain unresolved. It is high time that both countries with their respective policy makers and external stakeholders need to be at the forefront of resolving this quagmire. It is hoped that the positive optics from the new Prime Minister of Pakistan, Imran Khan reciprocated by the President of Afghanistan, Ashraf Ghani translates into something substantive. Rhetoric and pleasantries are good. Action and implementation would prove to be even better.

Attacks in Kabul and areas in close vicinity to the city have skyrocketed in 2018 and the Mastung massacre prior to the general elections in Pakistan underlines the pressing realities that both countries need to deal with. These developments highlight the urgency with which both countries need to address their differences for collective peace in the region given that history is replete with barbs being traded which dates back to differences over the Durand Line. Pressing issues which continue to haunt both countries require a bilateral or an ‘ Afghan led’ solution with the onus on both leaderships to form joint commissions to address the issue of terrorism and confront the security dilemma which revolves around the Haqqani network, the Afghan Taliban and more pressingly, the Islamic State in the Khorasan province.

Sadly, on the subject of terrorism, Kabul has continued to echo the mantra from Washington D.C. that Pakistan needs to ‘do- more’ to eradicate extremist elements on its soil which pose a direct threat to the promotion of democratic stability and reconciliation in Afghanistan. Islamabad on the other hand, contends that terrorist groups operating from its soil have been eliminated and the onus is on Afghanistan to eradicate elements such as the Afghan Taliban and off late, the Islamic State in Khorasan Province in order for peace to materialize. The interesting aspect about these narratives is the fact that both Pakistan and Afghanistan are familiar with the modus operandi of the Taliban with the former achieving great successes against the TTP and the latter grappling with the group on its soil. There are thus, opportunities for collaboration based on the common Taliban element on both sides of the border which needs to be given precedence as compared to trading barbs which has been a characteristic off late. Other regional powers may not have the indigenous understanding that both countries would have in terms of understanding home grown threats with the exception of IS which is a recent phenomenon and alarms all major capitals across the world, let alone Kabul and Islamabad.

China’s concerns can be taken as a prime example. Beijing continues to be wary and irked by the presence of Islamic militancy which is in close geographical proximity to the Xinjiang region of the country given the region’s history of discontent over what is viewed as the center’s discriminatory policies against the Uighur population. The Islamic state is viewed as a threat that is bound to create more unease given the group’s belief in a global caliphate which represents ‘Pan Islamic’ interests that challenge the writ of any state, including China. Similarly, Washington D.C. which continues to have a fractious relationship with Pakistan over issues such as the Haqqani network as well as jihadist groups which allegedly target India, may consider shunning away differences with its non- NATO ally given the collective threat which IS poses to all states regardless of political leanings or disputes with one another. New Delhi has always been seen as an ally in Kabul. India has supported the Northern Alliance since 1996 and is also bound to have similar concerns. There are opportunities at both the regional and bilateral fronts. With opportunities present, the onus is thus on policy makers and leaderships which must go beyond ‘Strategic Depth’, coercive diplomacy and isolationist rhetoric. The establishment in Pakistan has favored the role of acting as a broker in talks between the Afghan administration and the Taliban but witnessed such efforts being hijacked with developments such as the sudden disclosure of Mullah Omer being deceased which hijacked the Murree peace process in 2015. A fresh start however, is needed and without political ownership of the crisis, elements such as the IS will continue to gain momentum. As of today, over 50% of Afghanistan’s territory is beyond the writ of the central government in Kabul and the brutality of IS’s tactics is bound to exploit this vacuum even further. The IS will continue to feel emboldened after the fall of Mosul in Iraq where its presence on Afghan soil will be a matter of survival for the group. The suspicion from Kabul has been that elements within the Pakistani agencies are playing a dual game where negotiations are coupled with carrying out cross border attacks on Afghan soil. This skepticism will only allow the IS to gain momentum as history is replete with examples of attacks taking place when negotiations are in process. The Islamic state is not only a security threat but also an irritant and a spoiler. This fixation with blaming Pakistan for a threat which emanates from Afghan soil from Kabul needs to be supplanted with political will and the desire to see Pakistan as a stakeholder instead of an irritant.

Whether or not both capitals can shun away their differences and promote constructive dialogue for peace on both sides of the border remains to be seen. The optics are positive but both Pakistan and Afghanistan must act swiftly under a bilateral or regional framework in order for challenging threats to be addressed. There are no two ways about it.

Hamzah Rifaat Hussain is a lecturer at the Air University, Islamabad.