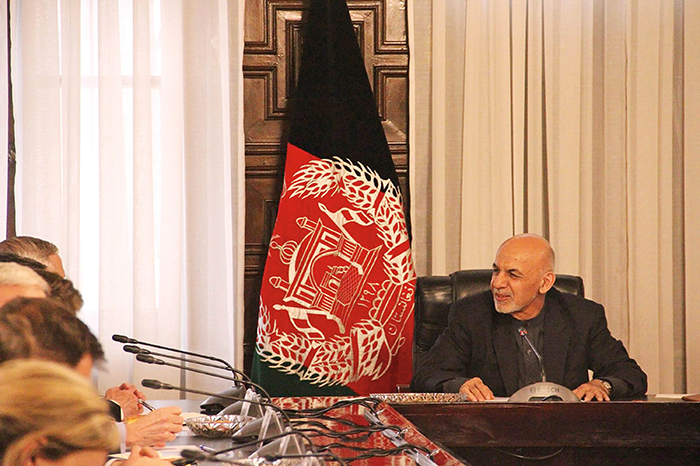 Afghanistan’s peace process is experiencing some hiccups. After two successful joint conferences between Afghanistan and regional players in Kabul in February and then Tashkent in March, it seems to have slowed down considerably. Why? And can Pakistan, under the leadership of Imran Khan, and with a foreign policy guided by seasoned politician and new foreign minister Shah Mehmood Qureshi, have a positive impact on Afghanistan’s peace process?

Moscow was due to hold the next round of peace talks on September 4, which was to consist of 12 countries, including China, Iran, and Pakistan and the Taliban. But the talks have been postponed after Afghan President Ashraf Ghani requested more time to prepare. Initially, the Afghan government had decided not to attend the talks in Moscow, arguing that all direct talks with the Taliban should be held in Afghanistan. The United States also refused to attend the talks as a show of solidarity with the Afghan government. If the Moscow talks take place, it will be the first time an Afghan government would meet with Taliban officials under a multilateral setting. While the Tashkent conference – and subsequent declaration – was hailed as a huge success by all stakeholders, the Taliban did not attend the conference.

President Ghani has made several attempts to bring the Taliban to the negotiating table. In February of this year, Ghani offered to hold direct talks with the Taliban that would be “without preconditions” and would involve considering the Taliban as a legitimate political party, providing an office for them in Kabul, issuing them Afghan passports, helping with resettlement of their families, and assisting with taking the names of top commanders off international terrorist lists. In June, for the first time Ghani made a three-day ceasefire offer to the Taliban  on Eid ul Fitr, the festival following the holy month of Ramadan. In an unprecedented move, the Taliban accepted the offer. Though violence resumed immediately after the ceasefire was over, the fact that it even occurred, is an important development for two reasons. First, the Taliban have enough control over its insurgent units to stop attacks (albeit for a very short duration). Second, and more significantly, their willingness to halt attacks for three days at a time when they control the most territory they have ever controlled in Afghanistan indicates that they eventually want peace despite what critics say.

The violence following the June ceasefire, however, also indicated the decreasing capacity of the Afghan security forces and fragility of the current government, which has been a problem over the last several years. In an April 2018 report released by the U.S. Special Inspector General of Afghanistan, Afghan police and military forces have decreased by 11 percent over the past year. The decrease is partly due to deflections and partly due to the reluctance of Afghanis joining the security forces for fear of being targeted by the Taliban and the Islamic State, which is also operating in Afghanistan, contributing to the increasing violence and instability in the country.

Ghani, therefore, made another ceasefire offer to the Taliban, to begin on Eid ul Adha, the festival following the Hajj, which was on August 21. While the Taliban have yet to officially respond to the ceasefire, Taliban-led violence continued in Kunduz, where three passenger buses with almost 200 passengers were attacked, and several taken hostage. While Afghan security forces were able to free about 150 passengers, 21 remained captured. The Taliban issued a statement saying that passengers that belonged to Afghan security forces were targeted, while all other civilians, including women and children were released.

Pakistan’s role in Afghanistan has remained a contentious issue for Afghanistan, Pakistan and the United States alike. Recently the United States asked Pakistan to facilitate Afghan-Taliban peace talks, which may seem like a promising development – even an olive branch of sorts when considering the hardline approach the Trump administration has taken with Pakistan, such as suspending security and military aid, sanctioning seven Pakistani firms, and discontinuing the U.S. International Military and Education (IMET) program.

Yet, Pakistan’s involvement in Afghanistan has not always supported an Afghan government that is in the interest of the Afghan people. Pakistan’s military has long-adopted policy toward Afghanistan that involves installing and maintaining a pro-Pakistan government in Kabul. Called “strategic depth,” the Pakistani policy is based on the assumption that a pro-Pakistan government in Kabul will ensure that dispute over the Durand Line, the contested border between the two countries, would not become more contentious. Prime Minister Benazir Bhutto’s support of the Taliban in the 1990s was partly based on the idea that the Taliban would be more supportive of Islamabad than a Northern Alliance-led government. Even after the U.S.-led Global War on Terror started, and Pakistan agreed to partner with the United States, it continued its support of the Taliban (now well-documented in Steve Coll’s book, Directorate S), much to the United States’ annoyance.

In other words, most of the current tension within the U.S.-Pakistan relationship stems from Pakistan’s Afghanistan policy, and how it diverges from U.S. policy. However, it is essential to note that U.S. policy in Afghanistan has never been clear and has often been executed poorly and with very little vision. There is now a collection of literature from analysts, scholars , journalists, servicemen, and politicians who fundamentally agree on one thing: the U.S. war in Afghanistan is not going well.

However, despite American criticism and efforts to isolate Pakistan, the Trump administration needs Pakistan if it hopes – and wants – to broker a deal with the Taliban. And it seems like the United States is moving toward wanting a political settlement. For example, Alice Wells met with Taliban officials in Doha in July with the support of the Afghan government. Wells also expressed her agreement with Imran Khan’s comments regarding working toward achieving peace in Afghanistan in his victory speech. The United States has also been supportive of the Afghanistan–Pakistan Action Plan for Peace and Solidarity, a bilateral agreement made in April 2018 and designed to decrease terrorism in Afghanistan and facilitate an Afghan-led and Afghan-owned peace process.

The important question, therefore, is: can the Khan administration serve as a facilitator between the Afghan government, the Trump administration, and the Taliban? Historically, Khan has been critical of the U.S.-Pakistan relationship, calling it out for being one-sided. For example, in his victory speech, he said, “the U.S. thinks it gives us aid to fight their war.” Instead, he called for a “balanced relationship.” He has also vehemently opposed U.S. drone strikes in the tribal areas. Yet, the United States should not dismiss him due to his criticisms or lack of foreign policy experience. The United States and Pakistan have always had a complicated relationship, and Afghanistan has always played a central role in bilateral U.S -Pakistan relations. Khan’s desire to improve relations with Afghanistan should be seen as an advantageous opening that could potentially pave the way for developing trust between Pakistan and Afghanistan, and even Pakistan and the United States.

Unfortunately, Afghanistan’s future is unpredictable. But the ongoing peace process is a positive development not only for Afghanistan but also for the whole region. While Afghanistan’s peace process should be led by Afghan leaders, any attempts at peace will fail without regional and international support.

Ultimately it is in both the United States’ and Pakistan’s interest to cooperate on Afghanistan and work together to bring the Afghan government and Taliban together to the negotiating table. Whether or not Khan can facilitate such negotiations will largely depend on what happens in the next few months as he and his foreign policy team meet with world leaders and begin implementing a foreign policy. But if Khan is unable to convince the Taliban to meet with the Afghan government, it will most likely create more tensions between the U.S. and Pakistan.