When analysing the geopolitical reality of the decline of the U.S. global domination, both the rapidity of its fall and the speed in the rise of its competitors  (particularly Russia and China) tend to be simplified. It is as if the desire for a change in the global system has replaced the serene analysis of the facts. Therefore, the idea of ​​Chinese technological superiority over Silicon Valley stands out and is something to the tune of reality contradicts reality. Although it is true that the ‘Chinese dragon’ is catching up with the ‘U.S. eagle’ in almost all terrains, there is still time for this process to be completed. Even though China is building its fourth aircraft carrier, the first one to be built entirely in the country, it has fuel limitations that gives it an autonomy of only six days of navigation. It is in contrast to the extensive capacity of U.S. carriers that are equipped with nuclear energy – this being just one example.

However, what are China’s weaknesses that the U.S. is exploiting in a counter-offensive that may delay, if not prevent China from becoming the new global hegemon in a newly established multipolar world system?

The first is the demographic issue. The Chinese population is aging very rapidly. It is aging so rapidly that by 2030, 25% of Chinese citizens will be over 65 years old. According to estimates, the work force reached its peak in 2011 and has begun to decline, while the total population will decrease by an astonishing 400 million by the end of the century.

The demographic issue is a major problem since China anchored its impressive economic growth in abundant and cheap labour that is now beginning to thin out. Some specialists estimate that China will have one of the worst demographic profiles in the world, a major fear when it had one of the best.

The second is the existence of a very centralized political structure, something that seems to have become more acute since the arrival of Xi Jinping at the top of the State and the Communist Party. A common argument made by capitalists is that excessive centralism, a bureaucratic nightmare suffered by the Soviet Union, tends to stifle the initiative of people and institutions and undermines innovation. Will this inflict China? It remains to be seen.

The mandate of Xi began in 2012 and was the most important change since the end of the Cultural Revolution and the opening of the economy driven by Deng Xiaoping. Xi is credited with the predilection for state control of the economy that closely marks the imprint of the private sector. The problem is that control could stifle creation by the rigidity of institutions, as has happened in so many historical experiences. However, there is little evidence this is occurring in China. In fact, China has now become an innovator, but it must tread carefully.

Xi has been elevated to the level of Mao Zedong, something unthinkable long ago. Indeed, the XIX Congress of the Party celebrated in 2017, has reinforced its leadership, but its rise has been accompanied by a growing cult of personality, the elimination of the two-mandate limit, the questioning of the rules of the succession process and the abandonment of consensus.

It is only speculative to say that China will enter into political or economic crisis, but in the economic aspect, as in the political aspect, it presents some weaknesses that we should not be overlooked at the risk of underestimating the U.S. capacity to counterattack growth against the most fragile points of its main economic adversary.

One question that will have to be clarified in the coming months is Huawei’s ability to face the challenge posed by the Trump administration. In this regard, the most contradictory analyses abound, but the cold data indicate that the technological war may not have a clear winner in the short term.

The Trump administration in its crazed drive to push for a trade war has not considered that major chip designers are dependent on the Asian market, with 20% of Intel’s revenues coming from China, Singapore and Taiwan, with 52% of Qualcomm’s revenues coming from its sales in China and another 16% from South Korea. Nvidia gets 38% of its sales from Taiwan, 16% in China and 15% in the rest of Asia. In this sense, one piece of information that can help us understand where we are is the ‘T0P500 ranking’ of the world’s highest performing supercomputers, which is broadcast twice a year.

The current scenario says that China is growing exponentially as a manufacturer of supercomputers, accounting for 45% of the 500 most efficient with twice as many as the U.S. But the Chinese are less efficient and American manufacturers, such as Intel, have an advantage in the most advanced technologies, in particular in the strategic manufacturing of semiconductors.

With the above, it needs to be emphasized that both superpowers have vulnerabilities, that the inevitable ascension of “the dragon” could be slower than foreseeable and that the competition between them is becoming the hallmark of the 21st century. However, both powers are aware of their own and each other’s weaknesses.

It is true that the 21st century will be defined by a multipolar world system comprising of the United States, China and Russia. Although China is pushing forward its vision for the multipolar world system, Washington is desperately attempting to maintain its unipolar status that emerged after the collapse of the Soviet Union in 1991. This struggle between competing world visions has culminated in a trade war – it remains to be seen if this will go beyond the economic sphere and into the military.

Paul Antonopoulos is a Research Fellow at the Center for Syncretic Studies. 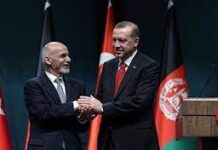 Why Turkey Cannot Save the Day in Afghanistan 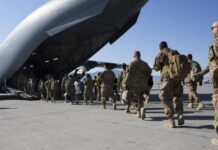 Orphans and Castaways – Legacy of the U.S. Exodus from Afghanistan