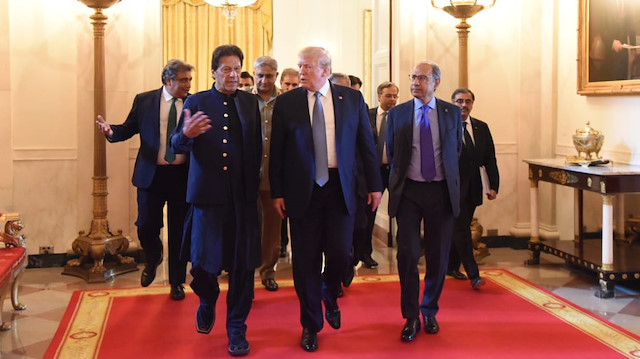 Prime Minister Imran Khan’s visit to the U.S. has been an outstanding success. Given the icy frigidity in Pak-U.S. relations that preceded it, the bonhomie was heart warming and proximity of views much beyond expectations.  For now, Pakistan and the U.S. are again partners of choice. Not coincidentally, what brings them together, again, is Afghanistan.

The credit goes to both leaders, who have demonstrated immense capacity to break through bureaucratic entrapments, seek out of the box solutions and boldly challenge and overturn conventional thinking. Trump and Imran stand out for their instinctive cognition of the changed nature of global society. Thinking-unbound is a rare forte in a policy community crowded by old school think tanks, strategists’ scholars and experts.

President Trump wants to ‘extricate’ U.S. from the Afghanistan quagmire as soon as possible. He has correctly realized that Pakistan’s cooperation is invaluable in this regard. Pakistan has suffered immensely from the conflict in Afghanistan. Prospect of U.S. withdrawal must be preceded by a political settlement and effective transitional arrangements. Otherwise chaos will ensue and ignite implosions that will send shock waves throughout the region.

Unless Pakistan and the U.S. are on the same page and carefully choreograph and coordinate, the exit will go wrong in a big way. A Paper settlement delivered by Zalmay Khalizad is no guarantee for its durability. It is in Pakistan’s foremost national interest and for U.S., a moral obligation, to do best for durable peace and stability in Afghanistan.

The immediate priority for the U.S. is the settlement on Paper. It is important that the Afghan Taliban agree to direct talks with Ashraf Ghani Administration, agree thereby to elections proposed in September, accept token residual U.S. troop presence in Afghanistan, agree to a ceasefire and more.

U.S. expects Pakistan to influence the Taliban to cooperate. The problem is that lots of other related matters are subsumed under this rubric for instance, eventual disposal of militias and fighters of various denominations, the power equation between center and regions and among Afghan parties. Power sharing is not typical to Afghan DNA.  Thus, there are considerable imponderables to arriving at a workable settlement. Pakistan can promise, try in earnest but cannot guarantee success. This ought to be well understood by the U.S.

Clearly the September deadline for Afghan elections is unrealistic. One way out is an interim government but Ghani has opposed it. Bringing the Taliban to operate within the existing constitutional fold seems impossible. Some, even minimal changes may be required but this is only for the Afghans to decide. Direct talks between the Afghan government and the Taliban is also a difficult proposition. But somehow it can be worked around. Timelines for withdrawal of U.S. forces and residual presence requires calibration and prior good faith sequencing.

Also relevant is the issue of post settlement security and economic architecture for Afghanistan requiring major power and regional guarantees and cooperation. All of this is compounded by President Trump’s electoral priorities. In short, the U.S. needs Pakistan and vice versa. This was the context of the Pakistan-U.S. summit on 22 July. General Bajwa has held useful meetings in Washington with his counterparts and presumably these aspects would have been addressed in detail.

Another notable facet of the Summit was President Trumps’ remarks relating to Kashmir, which tended to overshadow everything else. Trump in no way would have wanted to spark a controversy with India. A plain common-sense comment on amicably resolving the Kashmir issue and Trumps’ readiness to mediate has provoked a strong reaction from India. The Indian media has launched a scathing personal attack on Trump, which in no way corresponds to the much-celebrated U.S.-India partnership. Indian antipathy to India-Pakistan hyphenation actually is self-reinforcing.

In any case, issues with India were perhaps not the foremost to raise with Trump. It was Trump who brought this aspect into sharp focus, as the U.S. realizes that imposition of Pakistan-India rivalry on Afghanistan is detrimental to the search for an Afghanistan solution. The Balakot skirmishes in February this year had also raised international concerns. The U.S. and other major powers see merit in Pakistan’s overtures for peace and improvement of relations with India. The Indian position of refusing talks with Pakistan and its declared policy to isolate Pakistan has proven to be self-defeating.

On bilateral aspects of Pakistan-U.S. relations, President Trumps’ emphasis on realizing the full potential of cooperation is timely and significant. Pakistan has not sought economic assistance but prioritized trade and investments. The extension of CPEC corridor to Afghanistan for peaceful commerce by all and joint projects in the economic domain with participation of corporate entities, including the U.S. for profit, holds immense promise for the development and progress of this region as a whole.

It is remarkable that the U.S., China, Afghanistan and Pakistan have a shared interest in stabilizing the region. Russia is on the same page and major power consensus is bound to inexorably influence the course of cooperation not only in the so called Af-Pak region but South Asia. India needs to figure out whether it wants to be part of this collaborative effort or sulk in the corner or play the spoiler.

The Prime Minister was received warmly at the Capitol Hill. His forthright messaging made a good impression among the U.S. lawmakers. So were his remarks at the USIP event. The Pakistani expats in huge numbers welcomed and applauded Imran Khan at the Community event at Capitol One Arena.

The U.S. visit of the Prime Minister is notable for not only establishing lines of harmonious communication between the two countries at the highest levels but over turning stereotypes and entrenched bureaucratic bias and false narratives about each other. The world has changed and standard institutional briefs and think tank thesis are proved wrong. Both Pakistan and the U.S. will act and forge strong bonds, in accordance with their supreme national interests. For now, these interests converge. The willingness to work together is an achievement that must endure, irrespective.

Ambassador  Salman Bashir is a former Foreign Secretary of Pakistan and Ambassador to China, India and Denmark. 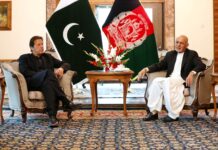