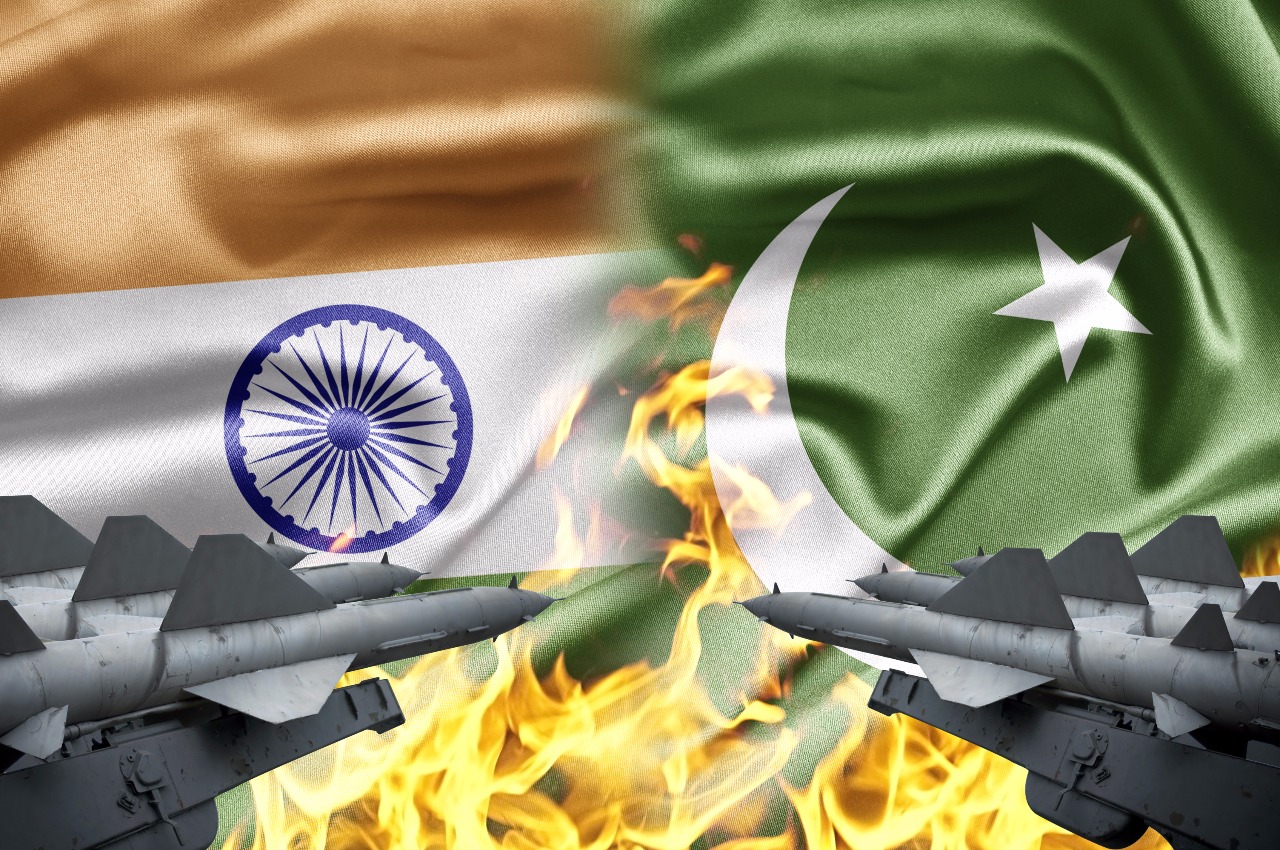 “Deterrence stability” has been the holy grail of nuclear arms control, the mechanism by which arms racing can be contained and stability in crises maintained. Advocates of strategic modernization programs often claim that they, too, are motivated by the pursuit of deterrence stability. In their view, failure to proceed with the missile or weapon in question would make the nuclear balance of forces less stable and more dangerous. Others make no apologies about seeking war-fighting capabilities to provide advantage if deterrence fails. They, too, assert that superior nuclear war-fighting capabilities can be justified as ensuring deterrence stability because the disadvantaged nuclear-armed state would not dare to challenge a stronger foe. This line of thought is making a comeback in the United States.

Nuclear-armed states like Great Britain and France do not  have to worry about each other’s nuclear capabilities. Consequently, they don’t have a deterrence stability problem. London and Paris are keeping close tabs on Russian and Chinese strategic modernization programs, but these programs have yet to raise their deterrence requirements. Deterrence stability is within reach when a nuclear-armed state chooses to avoid arms racing and is confident that it has sufficient means to deter a nuclear attack.

Pakistan and India are not so fortunate. They appear locked in an action-reaction syndrome, which is why their stockpiles are likely to exceed those of Great Britain and France over time. This competitive dynamic is best symbolized by the Indian Army’s embrace of “Cold Start” planning and the Pakistani Army’s embrace of short-range nuclear options. Cold Start planning was prompted after the Kargil War by New Delhi’s perceived need to deter further adventurism under the nuclear umbrella by Rawalpindi or its proxies. The Pakistan Army’s decision to publicize its short-range nuclear capabilities was prompted by its perceived need to deter Cold Start-type military operations.

These moves and counter-moves to “enhance” deterrence have not led to deterrence stability. Nor have they provided a greater sense of security within India and Pakistan. Instead, they have provided further impetus to a nuclear arms competition on the subcontinent. India is contemplating the procurement of missile defenses and deployment of multiple warheads atop some missiles. Pakistan has expressed readiness to deploy MIRVs, as well.

No one can reasonably claim that India’s Cold Start planning and Pakistan’s “tactical” nuclear weapons are irrelevant to deterrence. After all, there has not been another severe crisis on the subcontinent for the past decade. We cannot know for sure, however, how relevant these factors are because others might have been equally or more important in contributing to the absence of a major crisis. Pakistan’s preoccupation with Afghanistan, the negative geopolitical repercussions from Kargil, the 2001-2 “Twin Peaks” and 2008 Mumbai crises, and the US drift towards India might also have contributed to the absence of a crisis. New Delhi, the defender of the status quo that Pakistan finds so objectionable, has more to lose than gain from a crisis. It is preoccupied with growing its economy, trying to contain the violence in Kashmir, and keeping a watchful eye on China. Another major crisis might have been avoided even without Cold Start and tactical nuclear weapons. We just cannot say for sure.

What we can say is that nuclear weapons have so far contributed to deterrence in two extreme cases — the avoidance of nuclear exchanges and major conventional warfare. It does not follow, however, that adding more weapons and new types of nuclear capabilities reinforce deterrence. If this were true, every additional increment, such as missiles carrying multiple warheads or missile defenses, would make the contestants feel safer and more secure. This clearly isn’t the case, but the contestants feel that they are in a bind: if they don’t keep up the competition, they might also feel less safe and secure.

Deterrence theory is oriented toward “more is better,” but this does not ensure positive outcomes in dangerous crises. Deterrence theory, among its many failings, does not take into account paradox and irony. Take, for example, how the 2008 Mumbai crisis played out. India’s profound embarrassment should have, at least according to deterrence theory, served to benefit Pakistan, especially when there was no Indian military riposte. But Pakistan has not enjoyed the benefits of enhanced deterrence as a result of the Mumbai crisis. Instead, Pakistan lost international standing and found itself increasingly isolated.

How Narendra Modi might respond to a high-profile attack is another matter entirely. Deterrence, after all, hinges on uncertainty, and no one can confidently predict whether he would demonstrate similar restraint under similar circumstances. He could decide to retaliate against provocation, and India could paradoxically lose more than it might gain as a result.

The paradoxes surrounding nuclear weapons continue to confound deterrence theorists. Nuclear advantages have not helped when fighting weaker, but determined foes on their own home turf. Tailored, low-yield warhead designs don’t help if they require crossing the nuclear threshold in battle for the first time since 1945 — and thus becoming an international pariah. Boosters of more and better nuclear capabilities therefore rest their case on the big picture, one that cannot be proven wrong: that nuclear deterrence “works,” and that it has saved lives from nuclear exchanges and full-blown conventional wars. Other reasons for the absence of nuclear wars are relegated to supporting roles, making the costs of deterrence acceptable.

These costs are growing. To take an extreme case, the United States plans to spend more than one trillion dollars over the next three decades to modernize and upgrade nuclear deterrence. The United States can afford these expenditures, as unwise as they might be. The United States won the Cold War in part because the Soviet Union’s rickety economy could not afford a full-blown nuclear competition. Perhaps a similar dynamic will play out with the Russian Federation, which also cannot afford to compete in a nuclear arms race with the United States. In this highly competitive dynamic, there are three exit strategies: the competitors can accept tacit constraints or negotiate reductions on their force levels; the state with the weaker economy can assert that it has sufficient nuclear firepower to deter and drop out of the competition; or the state with the stronger economy can quit an interactive competition and focus on economic or other means of gathering strength.

Deterrence stability lies in the eye of the beholder. If a competitor feels confident in the ability to wreak unacceptable damage on an opponent, regardless of imbalances in the force levels, that state can accept comparative disadvantage while presuming to achieve deterrence stability. During much of the Cold War, China maintained minimal deterrence capabilities against two massive superpower arsenals, believing this was sufficient to deter nuclear attacks. Neither superpower launched a nuclear attack against China, so Beijing could reasonably claim that its minimal deterrent served national security purposes. With US-China friction on the rise, China is now increasing its nuclear capabilities, but other forms of national power — particularly naval, space and cyber capabilities — also appear to have a significant priority along with maintaining high rates of economic growth.

A competition to enhance qualitative and quantitative nuclear capabilities does not lead to deterrence stability, even at extremely high force levels, as was evident during the Cold War US-Soviet competition. In lieu of deterrence stability by means of force structure, the superpowers agreed not to play with fire in highly sensitive locations after the Cuban missile crisis and accepted the post-Cold War division of Europe with West Germany as a non-nuclear weapon state. They were then in a position to negotiate constraints on their strategic nuclear forces. These negotiations did not, however, produce deterrence stability. Instead, their competition continued, channeled through loopholes in the agreements reached. Significant force reductions became possible only when the Soviet Union was facing dissolution and the United States was prepared to accept deep cuts. A period of deterrence stability then followed, ending when the Russian Federation revived to challenge the post-Cold War order.

The Pakistan-India strategic competition constitutes a far different case. These “middle powers” in the global nuclear order have outstanding grievances that have only been magnified by the acquisition of nuclear weapons. Their limited conventional war in the heights above Kargil and subsequent crises ratcheted up the nuclear competition on the subcontinent. China’s strategic modernization programs and history of supporting Pakistan’s nuclear ambitions, both civil and military, pose another significant complication. A triangular strategic competition is inherently unstable when all three of its legs are of different size, and two legs are conjoined at the expense of the third.

Now add border disputes, friction along these borders, the absence of constructive diplomacy and the low priority accorded to negotiating nuclear confidence-building and risk-reduction measures and one has a predictable recipe for deterrence instability. Under these circumstances, it is folly to think that additional nuclear capabilities will effectively “enhance” deterrence. Instead, they will prompt additional countermeasures, after which deterrence will once again be challenged.

The United States and the Soviet Union felt obliged to compete and disadvantaged if they failed to compete. Moreover, both embraced war-fighting strategies and counterforce capabilities in the event deterrence failed. A rough balance at high levels of counterforce capabilities did not — and cannot — lend itself to deterrence stability, even in the absence of national missile defenses. The overlay of missile defense deployments can further intensify such a competition, unless one of the competitors is confident that defenses can be breached with modest effort.

China, Pakistan and India are now facing the same choices as the United States and the Soviet Union did decades ago, albeit at far lower force levels. Missiles carrying multiple warheads, missile defenses, and counterforce capabilities are all on the anvil. Familiar dilemmas of the pursuit of “enhanced” deterrence are likely to repeat themselves. Nuclear overkill isn’t stabilizing when it doesn’t stop competitive behaviors. The holy grail of deterrence stability is accessible only to those nuclear-armed states confident in the efficacy of restraint.

Michael Krepon is the Co-founder of the Stimson Center and the author of Better Safe Than Sorry: The Ironies of Living with the Bomb.