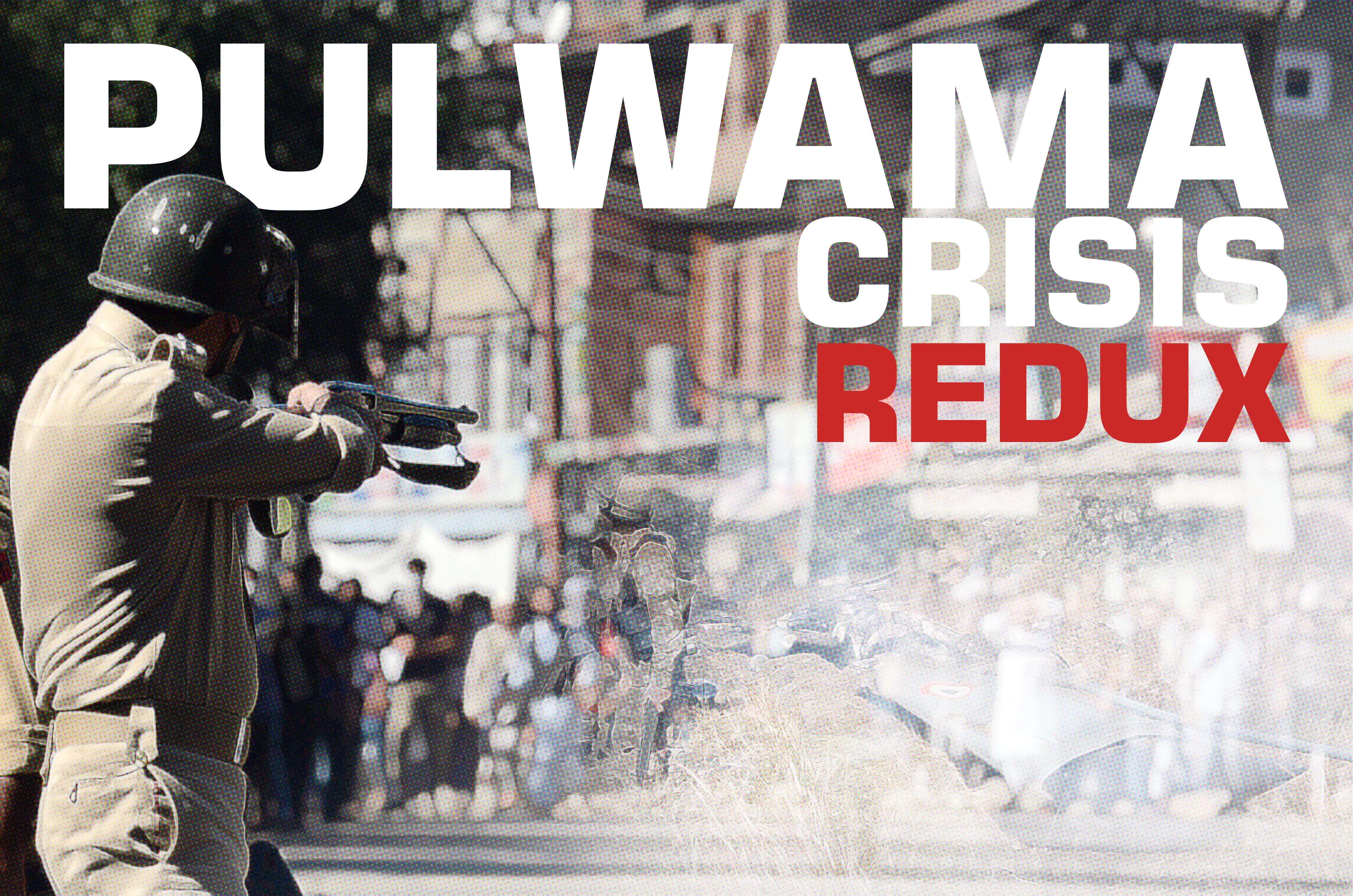 “Some kind of settlement in Kashmir is crucial for both India and Pakistan. It is also tearing India apart with horrible atrocities in the region which is controlled by Indian armed forces. This is feeding right back into society even in the domain of elementary civil rights.” – Noam Chomsky

In the wake of Pulwama incident, India cut a sorry figure by repeating its longstanding tactics, despite such cautions. Thanks to statesmanship and restraint of the Pakistani leadership, a nuclear exchange was averted. The Subcontinent has been hostage to an inimical dispute over Kashmir and Sir Creek between the two nuclear powers. Crises continue to erupt like unwanted leaves regrow even if the trees are hacked repeatedly. Pulwama is yet another example of how an unsettled dispute manifests in crises and conflicts in which nuclear taboo has not been crossed “yet.” The clearer picture has emerged in last two months and an accurate assessment can be made on what happened, why it matters, and what are the possible ways forward.

The Indian claim that Jaish-e-Muhammad (JeM) was responsible for the attack on occupation forces in Pulwama has been busted. Much to India’s chagrin, UNSC’s 1267 Committee designated JeM’s founder Masood as a global terrorist for his involvement in Afghanistan, not India or disputed Kashmir. The attack was conducted by the Afzal Guru group, which is an indigenous freedom movement in the Indian-held Kashmir and has revolted against Indian illegal occupation and brutalities. The attacker had been repeatedly in custody of the Indian occupation forces, where he was maltreated, and presumably took revenge.

Jumping the gun, India peculiarly blamed Pakistan and launched an airstrike inside Pakistan’s Khyber Pakhtunkhwa province on February 26th. Conscious of consequences of attacking Pakistani mainland and aping big power behaviour, the strike was characterised as counter-terror non-military non-civilian operation. The myth of a claimed hit on a so-called JeM camp at Balakot and killing of 350 militants was immediately broken. The air strike was reportedly launched with a 5-6 nautical mile incursion in Kashmir using stand-off Israeli supplied Spice missiles.

Pakistan gave an equal and swift response, took down two Indian aircraft and captured one pilot who ejected after his MiG-21 Bison was shot down. The Indian Chief of the Army Staff was reportedly present at the Brigade Headquarters on the Indian side on that fateful day. General Rawat has maintained a low profile thereafter.

As a peaceful gesture to de-escalate crisis, Prime Minister Imran Khan soon returned the captured Indian fighter pilot to India. The statesmanship and restraint were praised by all and sundry, including sane voices in India. It was only after the capture of its pilot that India came out of the denial mode and the international community became serious about the consequences of India’s attack on Pakistan taking steps for de-escalation of the crisis.

Prime Minister Modi during his election rally last month reiterated that India had readied nuclear armed missiles and threatened their use if Pakistan had not returned its captured pilot. Moreover, two Indian nuclear submarines and carrier battle groups were also mobilised early on during the crisis. On March 4th, Pakistan spotted an Indian submarine close to its territorial waters and instead of torpedoing it, exercised extreme restraint forcing it to reverse its course. Any incident at sea, accidental or intentional could have led to escalation and nuclear exchange.

Many international experts have linked Pulwama crisis and its aftermath to elections in India and Modi’s success. Some Indian experts even maintained that Modi had used the crisis making false claims to improve his ratings and increase his political fortune.

Since Pakistan was not involved in the attack on Indian occupation forces in Pulwama, some analysts believe it to be quite possible that Pulwama was a re-enactment of Indian false flag operations. The pattern is becoming all too visible – whenever Pakistan is about to raise Kashmir issue at the international level or there is a high-profile event in the region (MBS’ visit to Pakistan at the time of Pulwama crisis), India raises an October Surprise to create a security situation as a diversionary tactic.

The Pathankot attack on 2nd January, 2016 was timed well to sabotage Pakistani premier’s UNGA speech later that year on Indian brutalities in IOK with the Indian rant on cross-border terrorism playing the victim card. Pakistani delegation that visited Pathankot for joint investigation reportedly found that the picket around Pathankot airbase was removed few hours before the attack and the target site’s lights were switched off as if to give an uninterrupted entry to the intruders. The investigations fizzled out once Pakistani team raised more questions for which there were no answers from their Indian counterpart. In June 2016, DG Indian National Investigation Agency went on record to say that no evidence of Pakistani involvement could be found in the Pathankot attack. The list of Indian false flag operations against Pakistan is long, and includes blames for a number of terror attacks on Indian soil emanating from Pakistan. Reality is no longer obscure.

While Pakistan is successfully overcoming extremism and fighting terrorism, it is worrying to note that India is openly embracing terrorism and extremism. This developing extremist mindset is too dangerous for a nuclear-armed state that claims being the largest democracy. Indian Naval Officer, Kulbushan Yadav was captured in Pakistan and admitted his involvement in terrorism in Pakistan and association with the Indian spy agency, RAW. Recent killing of Pakistanis in Turbat was reportedly done by RAW’s proxies in the region. Former U.S. Secretary of Defence, Chuck Hagel noted in 2013 that “India took advantage of tensions between Kabul and Islamabad for fomenting troubles in the areas that border Afghanistan” and has been financing troubles for Pakistan. It is well known that the Indian ruling party, Bharatiya Janata Party is Rashtriya Swayamsevak Sangh (RSS)’ veritable arm. RSS is known for its extremism and militant outlook, which is BJP’s ideologue. The level of tolerance in the society continues to hit new levels. Both RSS’ and BJP’s cow vigilantes have killed hundreds of Muslims just for trading in cow meat and continue to do so after their massive election win.

Since 2001, India has started painting Kashmir’s indigenous independence struggle as terrorism for it sells well with the international community. However, an armed struggle by Kashmiris is their legitimate right under international law. Likewise, India has used its influence to fudge maps of Kashmir. Before the incorrect Kashmiri maps become a norm, PEMRA and Higher Education Commission (HEC) may advise Pakistani media and academia to use accurate maps by the Surveyor General, as even UN and some Chinese maps are currently showing AJ&K as well as IHK as Indian territory.

Indian leadership has displayed irresponsible behaviour that does not gel with their ambition to become a big land, air, sea, and space power and sit at the UN high table. Their irresponsible behaviour was punctuated by PM threatening ‘qatal kee raat’ – literally translated as night of (nuclear) massacre; testing of anti-satellite weapon; deployment of nuclear submarines; threatening missile strikes; claiming that nuclear weapons are not kept for Diwali’s pyrotechnics; boasting finger on a big nuclear button and; going for a pre-emptive airstrike in response to its false flag operation. It was due to Pakistan’s mature nuclear behaviour and restraint that Indian nuclear pre-emption was thwarted.

“I sincerely hope that they (relations between Pakistan and India) will be friendly and cordial. We have a great deal to do… and think that we can be of use to each other and to the world.” – Quaid-e-Azam Muhammad Ali Jinnah

This vision of the founding father still prevails in Pakistan that has always strived to be a responsible member of the global community. The regional development mosaic awaits its due fineness through an equal will and effort by the Indian side. While the precedent is least promising, both countries just cannot afford to let the stalemate in their bilateral relations continue. The key step is to amicably resolve their longstanding disputes, notably Kashmir. Dispute resolution by establishing a mechanism while channelizing the existing ones is a better choice than crisis management. This is easier said than done, but if taken, this road first demands strategic restraint and resumption of composite dialogue. Any future Indian misadventure earns a lesser likelihood of penalty free ride.

Divergent to the frequently extended olive branches by the Pakistani side, the Indian conduct remains enfolded in a mist of uncertainty and spite, driven by pride and obstinacy. The mantra of alleged terrorist attacks obscures any attempt of bridging divides and taking an inclusive step for development of the peoples of this region. The official statements that mention attacking Pakistan could be enough for turning the tables, if compiled, sent to the UN Secretary General, and used as a legal evidence of an overt Indian threat to international peace and security.

There are fair signs that Pakistan’s standpoint on terrorism would no longer be defensive and reactive. India has been oft-times exposed as the source of regional terrorism in the past five decades, supporting separatist movements inside Pakistan (BLA), Afghanistan (TTP), Sri Lanka (LTTE), China (Dalai Lama) and former East Pakistan (Mukti Bahini).

Risks are high and so is the obligation. It takes two to tango and would require many to carve out a better destiny for the region that hosts a huge chunk of world population. The onus of maintaining balance thus also lies on major external powers, so that any arms race is not stimulated in the Subcontinent.

Atia Ali Kazmi is the Senior Research and Policy Analyst at the NUST Institute of Policy Studies. 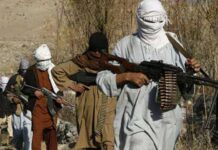