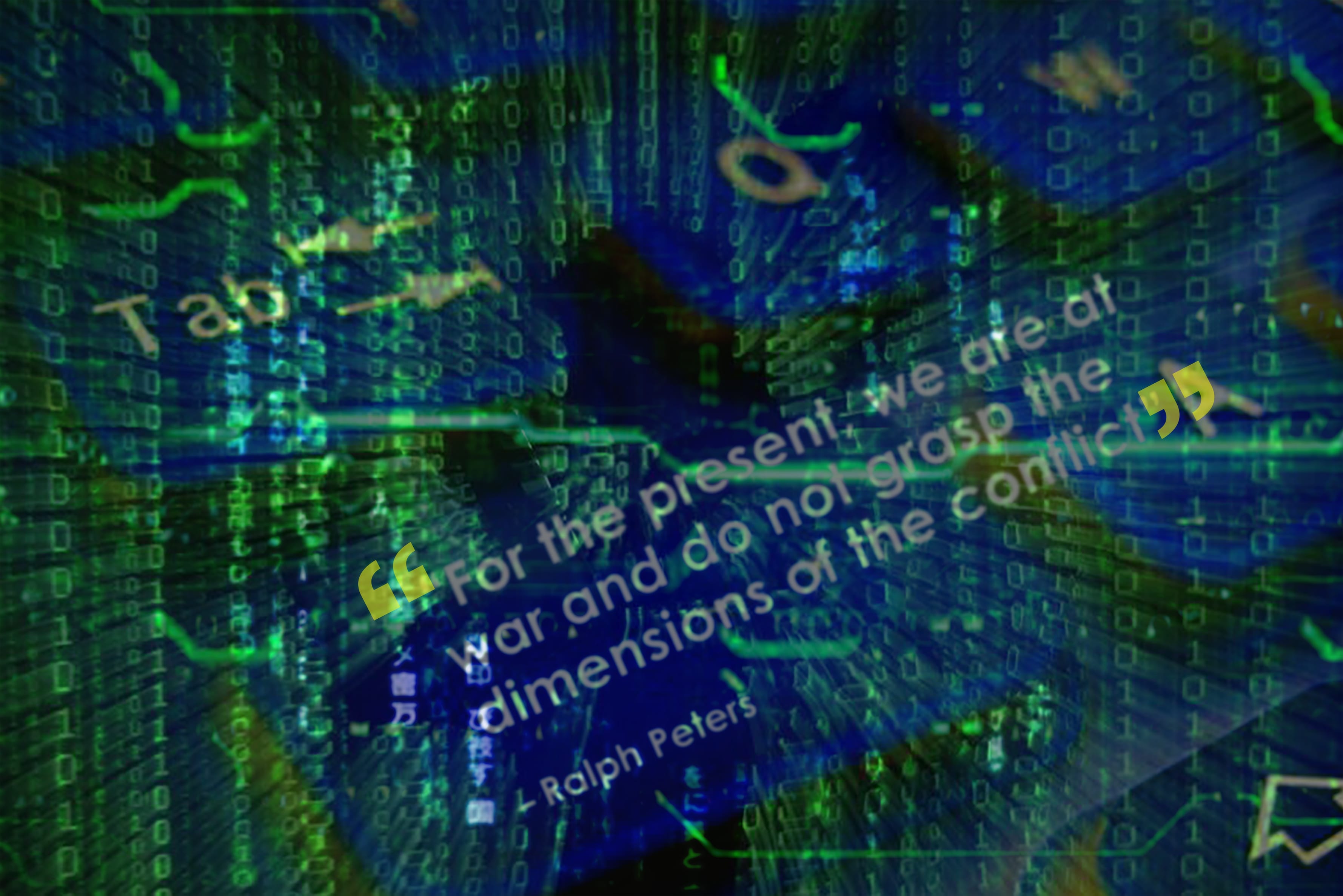 “For the present, we are at war and do not grasp the dimensions of the conflict.”

The term Fifth-Generation War has become a favorite acronym in Pakistan with media, politicians and military analysts, without the majority imbibing its true meanings. This is partially due to its evolving nature and the fact that the theoretical construct often neglects insights about the enduring nature of war. In order to gain an insight into its concept and the changing character of war, it is imperative to refer to earlier generations of warfare .

While the first three generations of warfare were clearly delineated, the Fourth Generation Warfare (4GW) obscures more than it explains. In simple terms,  4GW is a conflict characterized by a blurring of the lines between war and politics, combatants and civilians. The term was first used in 1989, after the demise of the Cold War era, by US analysts to describe warfare’s return to a decentralized form. 4GW was used successfully by the Afghan and Pakistan based Mujahedeen to defeat the erstwhile Soviet Union and is being used against the US today by the insurgencies in Iraq and Afghanistan.

Fifth Generation Warfare (5GW), once thought to be a generation too far in scope, has arrived and is irreversibly changing the dimensions of war. In its definition proffered by the US analysts, non-state warriors fight nation states out of sheer frustration without clear political objectives. Arguably,  this definition impedes an otherwise broad spectrum concept of warfare by confining its attributes to merely, non-state actors, frustration and void in political objectives. It could be foreign sponsored by an ideological movement like Muslim Brotherhood or Al Qaeda or a state(s) with well-defined political objectives and the motive besides frustration could be self-generated or instigation like in the case of “Arab Spring” of 2011 or even a monetary incentive for the fighters. In addition to the manner in which it expands the basic elements of war, 5GW has three distinct characteristics: its potential to achieve supra-combinations, blur the boundaries that have traditionally restricted warfare within a specified military or political range and its ability to limit the role of modern combined arms mechanized force in future conflict.

In its wake, 5GW has confronted many nations of the world, including Pakistan with an evolving strategic paradigm. Some of the affected nations could also be waging a fight against terrorists and must first confront this most potent and real threat of terrorism. The war on terrorism in itself manifests unprecedented advancements in the dimensions of conflict and has been characterized in many ways. It has been called as a new type of war, where the enemy is not a defined entity but a movement and as a war of ideas against extremism and without any borders. Simultaneously, and because war is a social institution that evolves along with changes in societies, political entities and technologies, if a nation is to maintain its security, it  must also look beyond the war on terror and prepare itself for the ascension of 5GW. This kind of unrestricted warfare demands a totally new thinking and approach, different from the perspective of military preparedness for past wars and embracing the perspective of national preparedness for the evolving spectrum of future forms of conflicts.

As the divisive demarcation between 5GW and its earlier version is blurred, there has not been any concrete evidence which fully illustrates its criterions. Some plausible manifestations in the context of Pakistan could be the use of media to propagate against the State and its institutions, cyberattacks, fake news, social media, money laundering, hacking of bank accounts, secessionist movements in Baluchistan, sectarian strife, creating unrest by raising popular religious slogans ( blasphemy related protests by TLYR) hacking etc . The acts of terrorism especially against hard core military targets like Naval and Kamra military bases and targeting foreign missions like the Chinese Consulate with responsibilities claimed by various terrorists entities like Tehreek e Taliban Pakistan (TPP), ISIS, Al-Qaeda, Baluchistan Liberation Army(BLA), but would have been perpetrated by hostile foreign power(s) to showcase the weakness of the State and erode conventional war fighting capability. The primary objective of these nefarious activities is to mar the credibility of the State, create a wedge between Army and the Executive, create mass unrest and portray Pakistan unsafe for foreign investment and as a failed state.

Defining challenges facing Pakistan related to its national authority, national interests and national will by 5GW are relatively easy, more difficult is to find antidotes to these enigmas. The quest is further compounded due to the nascent and evolving nature of this warfare. As 5GW meets Clausewitz’s definition of war as the ‘’continuous interaction of opposite”, a cogent response must also address multiple aspects to equip and respond to any eventuality both in kinetic and non-kinetic forms. As a cardinal principle of the response parameters, first, a long term strategic perspective of security must be taken, second, focus must shift from a pure military dimension to all elements of the national power to shape conflict termination, third, the elements of national power must be transformed by not mere reorganization of government apparatus but a redefinition of forms and functions. In the context of Pakistan, to surmount the challenges of new brands of warfare, it is imperative to highlight certain response parameters.

Firstly, given that National Action Plan has political consensus and a broad framework of involvement of all the elements of national power, it should be implemented in totality. Secondly, there is an urgent need to revive the national spirit, fervor and the Ideology of Pakistan. We still tend to align ourselves more with the Muslim Umma, than our country which has been created on the basis of Islamic Ideology. All Arab Nations describe themselves as Arabs first and Muslims later. Also, local governments provide channels of communications and implementation of reform policies and hence need to be empowered at the  grass root levels. It is doubly important to improve all tiers of governance and strengthen their accountability.

Moreover, there is a dire need  to control mosques and madrasas with the objective of controlling extremism. No Muslim country has progressed without achieving this. Data in today’s world is a precious national asset. We have no safeguards for the protection of data and hence we must take measures to secure data and turn it into an important cog in policy-making.

Another important area that we need to work on is Cyber Security. Cyber-warfare provides easy disruption options for the malfunctioning of government and financial institutions without detection of the originators. Therefore, a lack of focus on this domain can prove costly for Pakistan.

There are other recommendations that, if implemented, can help Pakistan mitigate the challenges emanating from this new form of warfare:

To conclude, in a globalized world today, Pakistan like many other countries is facing multiple threats to its sovereignty both by internal elements and hostile states. These challenges call for a wide ranging discourse for an in-depth understanding of this ever evolving threat spectrum and gearing up all elements of national power to mount a potent response.

Lt. Gen Shafaat Ullah Shah (Retd) is former Military Secretary to the President, Corps Commander, Lahore and was Pakistan’s Ambassador to the Kingdom of  Jordan.