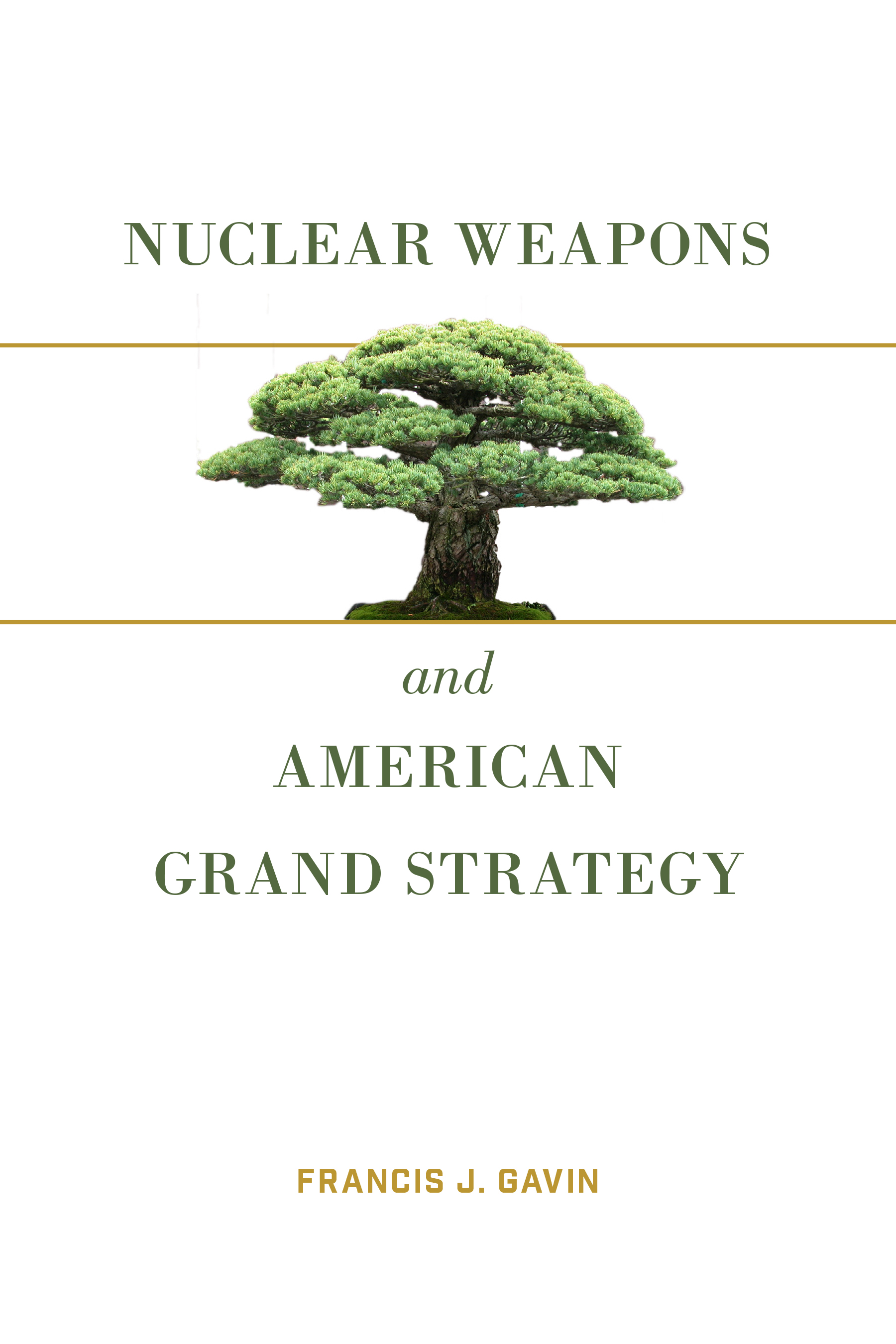 In the nuclear academy, Robert Jervis’ 1989 book titled “The Meaning of the Nuclear Revolution” provides the most authoritative account and explanation of the nuclear revolution theory. By contextualizing Bernard Brodie’s ruminations on the effects of nuclear weapons, and contrasting them with those of William Liscum Borden, Jervis critiques what was called “conventionalization”. Jervis’ enunciations on the nuclear revolution deride the notions of nuclear superiority and military victory. In addition to that, for Jervis, the attainment of deterrence by denial is next to impossible in a bilateral deterrence framework. That nuclear weapons reduced the role of the use of force in statecraft is, according to Jervis, a good omen. The theory posits that the revolutionary nature of nuclear weapons has ensured peace, made the occurrence of crises less likely, and preserved the status quo. Indeed, the fact that superpowers have not fought conventional and nuclear wars since 1945, or, for that matter, the United States’ inability to militarily punish a nuclearized North Korea, is a compelling vindication of this school of thought led by Jervis.

That said, the nuclear revolution theory or the utility of deterrence does not tell us why the United States has continually sought nuclear superiority. The theory fails to analyze, for instance, why the U.S. Nuclear Posture Review 2018 calls for more reliance on different kinds and types of nuclear weapons in a bid to deter adversaries from taking a variety of hostile actions. Thus, escapism from mutual-vulnerabilities, a hallmark of deterrence, is what lies at the heart of Washington’s approach towards the bomb. Understanding how, where, and why Washington ensconces nuclear weapons in its strategy, is an important subject for academic disquisition.

Academic inquiry has increasingly geared towards answering this question: what nuclear weapons have meant and mean for the United States? Francis J. Gavin, Giovanni Agnelli Distinguished Professor and Director of the Henry A. Kissinger Center for Global Affairs at the Johns Hopkins School of Advanced International Studies (SAIS), has dealt with this question in his new book “Nuclear Weapons and American Grand Strategy”, after thoroughly laying bare how believing in nuclear axioms is problematic. Upfront, Gavin urges scholars to reexamine some of the core questions related to nuclear weapons, to include those that pertain to deterrence, compellence, or the quantity of weapons for that matter. Gavin’s caution stems from the discomfiture with writing about something that never happened. He writes:

“Trying to understand why something did not happen is a methodological nightmare, a situation that eludes a definitive answer from even our most powerful and sophisticated social science methods. While the idea of nuclear deterrence is intuitively compelling, there are credible alternative explanations for the relative peace and stability of world affairs after 1945.”

A rigorous study of history is another reason as to why Gavin, the historian, treads gingerly while fully imbibing mainstream nuclear concepts. In his previous book “Nuclear Statecraft”, Gavin brought new evidence to light and challenged popular assertions, to include Robert NcNamara’s commitment to beefing up conventional forces in Western Europe, or President Nixon’s tight embrace of arms control at the expense of nuclear superiority. Gavin does the same while critically deconstructing the Sagan-Waltz debate on the effects of the spread of nuclear weapons. He contends that the debate misses the mark partly because of the failure to “vigorously engage and reexamine history”. Gavin does an excellent job in assessing the efficacy of various methodologies in making sense of nuclear issues.

He fittingly argues that methodology is not the problem per se, but complications emanate from “our natural reluctance to embrace epistemological modesty on questions of such great importance.” Gavin is right in alluding to the fact that there is a lot that we do not know yet. So long as new documents do not tell us a completely different story, the proclivity to ascribe Gaddis’ Long Peace thesis to deterrence will continue. After all, it is easier to claim that a deterrent threat was successful, as opposed to claiming the same for a compellent threat.

Gavin’s book adds to the literature that challenges the tenets of the Nuclear Revolution theory. Gavin wades into this debate by forcefully bringing back nuclear weapons under the realm of politics. For the revolutionaries, politics is subservient to the power of the bomb. For Gavin, nuclear weapons are tools of politics and statecraft. However, the two competing interpretations are not necessarily at odds with one another.

Nuclear weapons have had an indelible impact on politics and strategy. Certainly, whether one were to look at nuclear weapons through the prism of the nuclear revolution theory, or the Stability-Instability Paradox, one cannot deny the fact that they have, to a degree, made the unbridled use of force an unattractive proposition in global politics. To understand this, Gavin’s brilliant exposition of the factors that compel Washington to adopt a strategy of inhibition, needs to be carefully analyzed. It would not be wrong to argue that, bending over backwards to stop allies and adversaries alike from going nuclear, is an attempt to evade the nuclear revolution, and, in the process, maintain nuclear superiority.

“The seven drivers of the inhibition strategy all relate to the power-equalizing effects of nuclear weapons and are driven by the U.S. effort to safeguard its security, preserve its power, and maintain its freedom of action. Regardless of the stabilizing qualities nuclear weapons may have possessed, U.S. policymakers never accepted being deterred and aggressively sought to prevent the spread of nuclear weapons.”

Gavin is correct in identifying this constant obduracy and an innate intent to break free from the encumbrances of the nuclear revolution. It also exonerates Gavin, who lays emphasis on linking nuclear weapons with politics, rather than looking at them in isolation.

Gavin lends credence to his argument in the ensuing chapters. Explaining the incongruence between deterrence theory, United States’ nuclear statecraft, and history, Gavin highlights how deterrence against existential threats is not the only reason why nuclear weapons are sacrosanct for the United States. Gavin is on the money in stating that, the very many ambitious, competing goals that Washington wants to achieve through its nuclear capabilities, greatly limit the explanatory power of deterrence theory when it comes to deciphering its nuclear statecraft.

According to Gavin, deterrence theory lucidly explains the nuclear excursions of other states, but falls short in accurately analyzing and surveying that of Washington. What rubric are we left with then? The assimilation of conventionalization-inspired policies may lead many to believe that compellence might be a good conceptual guide to fathom United States’ nuclear statecraft. Given that compellence is an offshoot of coercion, its blanket use might lead to similar kinds of convolutions in appraising United States’ nuclear exceptionalism.

In sum, Gavin’s new stellar has enriched and broadened our understanding of the vitality of nuclear weapons for the United States. By bringing to the fore some of the shortcomings of the existing intellectual architecture, Gavin provides a nuanced perspective on what the bomb means for the United States. Drifting away from ossified thinking on the subject will not only open up avenues to rethink how nuclear weapons affect strategy, but also help those that are dealing with the intricate issues of arms control, nonproliferation, and the shifting sands of great-power politics.