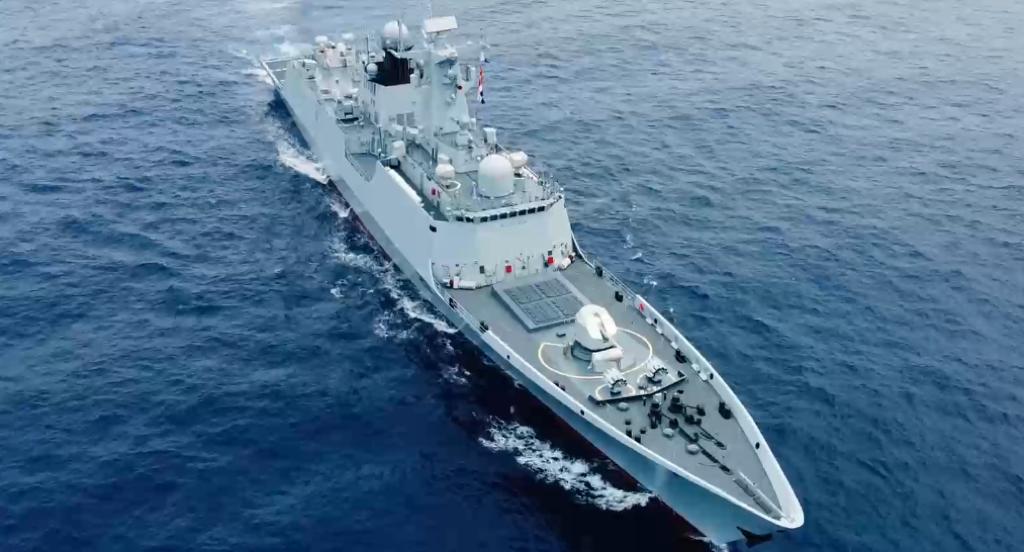 The acquisition of modern defense platforms is critical to augmenting national defense. These platforms add to the wherewithal of a country while creating incentives for innovation and learning. The induction of modern weaponry increases capabilities of a country and helps improve both defense and deterrence. The journey of development and achievements of the Pakistan Navy has been relatively quiet but continuous. The Pakistan Navy started its journey with a very few old Royal Navy ships, and a one-room office, in which the Naval Headquarters was established. Despite the lack of resources and relevant production capacity at home, the Pakistan Navy took the right direction from the beginning and the goal had always been to protect maritime borders and secure maritime routes. An overview of its history reveals that from the Dwarka operation to the latest retreat of an Indian submarine to the continuous protections of Sea Lines of Communication (SLOCs), the Pakistan Navy has continually played a pivotal role in ensuring regional stability.

To operate in an environment in which not only the enemy is much bigger in size and firepower but also the threat landscape is constantly changing. For the past two decades, the Indian Navy has drastically increased its spending to expand its influence in the Indian Ocean. Taking advantage of the blessings of world powers and access to Western technology, India is constantly expanding its naval power. In these circumstances, the Pakistan Navy cannot embroil in an arms race given its economic troubles. However, a well-balanced and strong navy is a basic requirement for its defence needs and for fulfilling its international and national responsibilities in the Indian Ocean. Therefore, a fleet that guarantees the defense of the country, safe naval routes in the region, and the protection of Pakistan’s maritime resources and merchant ships is but necessary.

To this end, the Pakistan Navy, in keeping with the security challenges in the  Indian Ocean Region (IOR), is stepping up to modernize its fleet in order to maintain a reasonable force at sea. It has revised its development plans and is inducting new, technologically- advanced platforms in service. Previously, the Pakistan Navy had relied on the UK and the U.S. for military equipment. In fact, these military platforms had provided a great impetus to the Pakistan Navy. However, due to geopolitical shifts  and the resultant defense partnerships with China and Turkey, the Pakistan Navy had committed to  working  on a comprehensive program to transform its naval platforms, especially destroyers and frigates .

The Pakistan Navy had been operating with 8 to 9 major surface ships which constrained the country’s capacity to increase its regional footprints and influence. To redress this, a fleet size comprising more than 50 ships was envisioned by the Pakistan Navy. Under this, the Navy has recently acquired new platforms including the MILGEM Class Turkish Corvettes and Chinese 054 A/P frigates. Further, the commissioning of new Chinese platform known as Pakistan Navy Ship (PNS) TUGHRIL is undoubtedly a milestone for the Navy. PNS TUGHRIL is the first ship of its kind built at HZ Shipyard, Shanghai, China. Three more ships of the  same class will be commissioned by the end of next year to serve Pakistan Navy for decades as force multipliers. It is a multi-mission capable ship, fitted with potent weapons like Surface to Air (SAM) and Supersonic Surface to Surface Missiles (SSM).

An over 4,000-ton potent platform will provide requisite deterrence and means for averting threats in our area of operation while contributing towards protection of SLOCs. The induction of this platform proves that Pakistan is not oblivious to its defence needs. With the addition of these multi-faceted ships, the enemy, in spite of its numerical superiority, will find itself up against a formidable force.

Therefore, it is reasonable to argue that the Pakistan Navy is committed to developing a multi-dimensional response framework, with a view to meeting a number of threats and challenges at sea. Cognizant of the complicated threat-matrix, the command of the Pakistan Navy is really taking the force to a position where it can claim itself to be a responsible, robust, navy. Strengthening the Pakistan Navy is critical to successfully navigating a plethora of challenges that an Indian Ocean marked by militarization and great-power politics brings to the table. Also, with Pakistan committed to regional connectivity and integration, a strong at-sea defense is necessary for the country.

Mansoor Bhatti is an independent researcher and analyst.