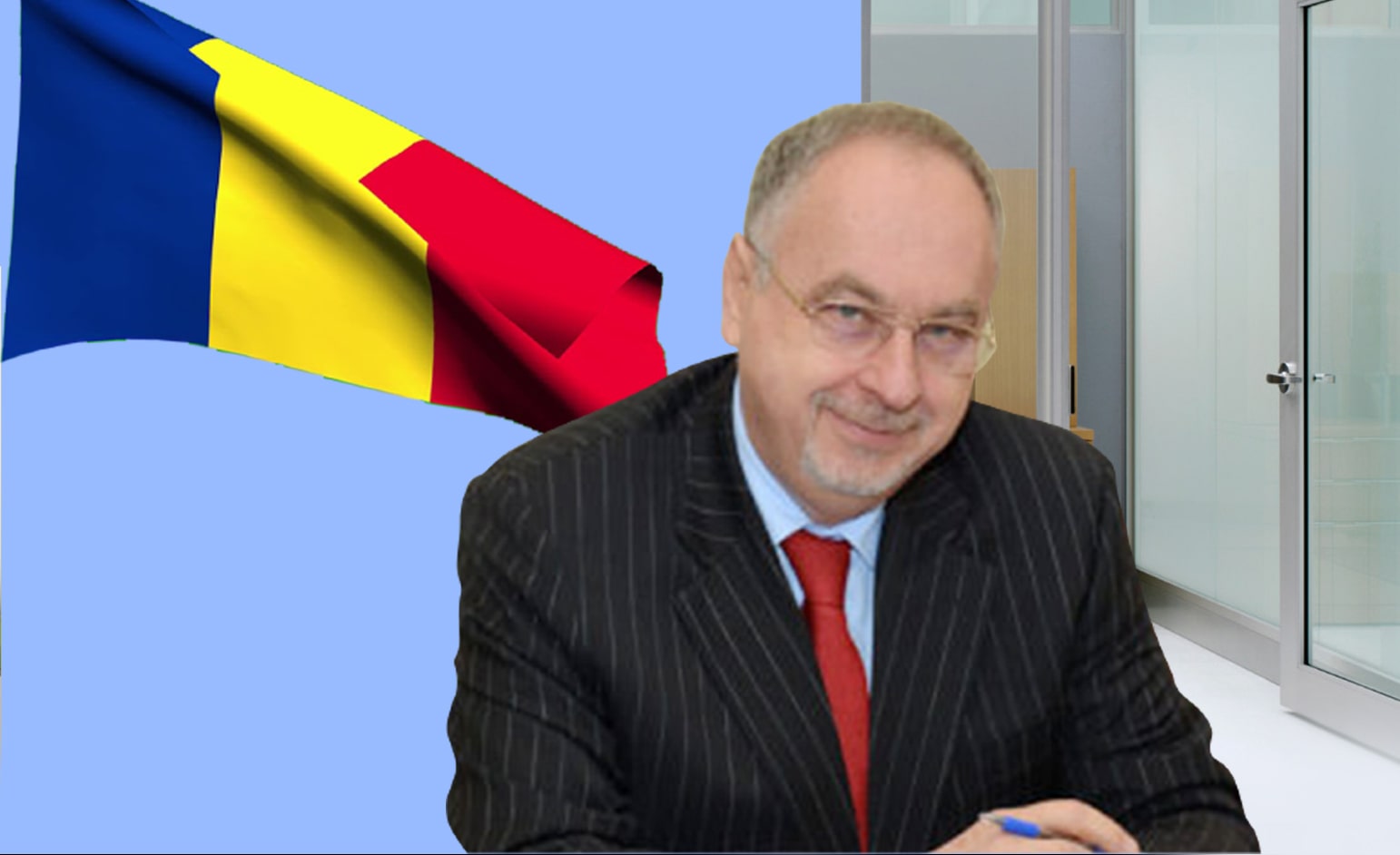 H.E. Mr. Nicolae GOIA is Ambassador Extraordinary and Plenipotentiary of Romania to Pakistan. Since taking over his ambassadorial responsibilities in Pakistan in 2016, Mr. Nicolae has been instrumental in working towards strengthening Pak-Romanian relations with special emphasis on education, culture and trade. Pakistan Politico discussed with him the evolving dynamics of Pak-Romanian and Pak-EU relations at a time when Islamabad is looking to attract foreign investments and strengthen its economic outlook.

Q: You have been Romania’s Ambassador to Pakistan since 2016. Tell us about your experience in our country as a diplomat.

Pakistan is a beautiful country with a dynamic and entrepreneurial population and vibrant cultural diversity. During my tenure here, I have developed a true affection for this country, and therefore, I call it my second home.

Q: In your view, how has Pakistan evolved as a regional and global actor during your tenure?

Pakistan is strategically located between the twin forces of competition and collaboration in the mega-region that embraces Central Asia, South Asia, Middle East, and Caucasus. In this context, it is important to note that Pakistan has a versatile geopolitical potential which can multiply opportunities for cooperation with  important regional players. Increased regional stability could have a stabilizing effect on the ongoing domestic efforts aimed at reforms, hence Pakistan had committed itself to supporting the reconciliation effort in Afghanistan and is working toward normalization of relations with India. In my opinion, Pakistan has been very active diplomatically since its inception and the new government is working with success on global perception management in order to achieve foreign policy objectives.

Q: How do you analyze Pak-Romanian relations since the establishment of their diplomatic ties? What is needed to expand its entire spectrum in short, medium and long term?

Romania and Pakistan established diplomatic relations in 1964. We have had uninterrupted diplomatic ties for over 50 years, during which my country has contributed to the development of Pakistan’s economy by building cement factories in Kohat, refineries in Karachi, tractor assembly factory near Islamabad and many other projects in various other fields. We have  tradition, we have many success stories, we have all the necessary ingredients to reset our economic cooperation to a much higher level than  it is right now. As the Ambassador of Romania in Pakistan, I will prioritize  laying down the foundation for increasing people to people contact and a workable system so that our expertise in the fields like construction, infrastructure, insurance, banking and finance, MSE etc. will be transferred to our Pakistani partners. We are going to encourage Romanian businessmen to invest in Pakistan; we will support the process of training young Pakistani in Romania.

We desire and aim to expand our bilateral political dialogue. It is noteworthy that the consultations between our Ministries of Foreign Affairs are becoming instrumental in promoting and supporting the mutually beneficial items on our common agenda, as well as in preparing high level contacts.

Nowadays, there is a strong need to strengthen the international economic cooperation and, simultaneously, to reconstruct the traditional relationship with  old friends, Pakistan is certainly  among them. We expect confidently and with much hope that the economic ties between Romania and Pakistan will deepen and diversify in the years ahead. The real potential of the two countries is huge and we should take full benefit of the already identified areas of convergence of the two economies.Besides the bilateral cooperation through mutual investments, we are also interested in finding options for working together on the third markets where, Romania and Pakistan might conjugate their resources and energies in the most constructive way. This is, unfortunately, a domain which had been somehow neglected lately because of focusing on the internal reconstruction of the  economy. Romania and Pakistan do have common areas of interest both geographically (Near East, Northern Africa etc.) and thematically (the common interest of developing sectors such as IT and communications, civil constructions and infrastructure, agriculture etc.) and hence highly profitable cooperation for both parties can be envisaged.

Our priorities, bilaterally, but also at EU level, are to support the democratic evolution of Pakistan, to intensify commercial trade and investments, and to consolidate regional stability, with special focus on the peace process in Afghanistan.

Q: Romania has assumed the rotating Presidency of the Council of European Union. How will this translate into opportunities to improve ties between Pakistan and Romania and Pakistan-EU, especially with reference to the “Strategic Engagement Plan”?

I reiterate Romania’s support to further developing the relations between EU and Pakistan. I believe that the EU-Pakistan strategic dialogue will consolidate the current partnership aimed at preventing instability, extremism and  radicalization. Romania, in its  double capacity, as a member of EU and NATO, is supporting the enhancement of the EU/NATO-Pakistan relations through an intensified dialogue and wider cooperation. Pakistan has made considerable progress in areas such as strengthening democracy and observing human rights, but there is still a lot to be corrected or improved in order to get as close as possible to the value system promoted by the European Union. In this context, it is important to underline that the current Executive has launched an ambitious programme to fight corruption, increase the level of the population’s education, improve the general living conditions of the population and create the necessary premises for constructive approaches in the areas of democracy and defence of human rights.

Q: In your statement on bilateral trade between both countries, you sounded hopeful that it will be increased? How and in what fields is this increase likely to be seen? What avenues are available for two-way investments in both countries?

Pakistan can become an important trade partner of Romania and both parties are interested in strengthening the volume of bilateral trade, which currently is  far below our actual potential. Romania has a rich tradition of economic cooperation with Pakistan. We, as aforementioned, built  refineries, cement factories, tractors assembled lines, etc. In the numerous discussions I had  with Pakistan’s  government  ministers  and business  representatives, a constant interest in resuming this kind of cooperation was pointed out, especially with regard to the construction of refineries, tractors assembling lines and agricultural machinery, automobile manufacture, heavy trucks etc. We have received  many positive signals in this respect and I hope that we can achieve the partial materialisation of these projects. I want to mention in this context that a giant project, the China-Pakistan Economic Corridor (CPEC), is being currently carried out in Pakistan. This China-led project, worth  $60 billion, offers a great deal to Romania, owing to its  expertise in development and infrastructure. I am convinced that, as Romania will undoubtedly rebuild its external investor profile, it will find a reliable partner in Pakistan. The  current level of bilateral trade does not reflect the true potential of the two countries. Efforts need to be made in order to identify new opportunities and areas to increase bilateral trade to at least a half a  billion US dollars. This is something that  is high on our Embassy’s agenda. Q: A number of Pakistani students are studying in Romania. With the new government in Pakistan keen on uplifting educational standard, what is the potential of increasing cooperation in the all-important fields of education and research?

In the  education sector, there is an ever-strengthening connection between universities from Romania and Pakistan with over 200 Pakistani students currently studying in Romania.

Till 2010, under the framework of Agreement of Cooperation in the fields of education, culture, science and technology, the Romanian side had annually offered a number of scholarships to Pakistani students for postgraduate studies in various fields and disciplines. Since 2011, under the framework of “Study in Romania” Programme, the Romanian Ministry of Foreign Affairs, through the Public, Cultural and Scientific Diplomacy Directorate, in cooperation with Ministry of National Education has facilitated educational exchanges and has ensured foreign citizens the possibility to study in Romania.

Q: There is a keen mutual interest between Pakistan and Romania in expanding ties in culture, media and tourism. What programs are being considered to bolster cooperation in these areas? How do you look at Pakistan opening itself for foreign tourists and its impact on overall ties between the two countries?

It is important and necessary to take  further strides in a bid to increase  contacts , especially through exchanges of experience between people of culture, science, outstanding mass media figures, students, etc. This will help in improving the relations between the two countries and bringing  the cultural and scientific cooperation to a level that does justice to our  potential. We are looking at  several projects that will enhance student exchanges and cooperation at university level and can make a significant contribution towards  strengthening bilateral cultural relations. Both cultures have unique characteristics specific to their own regions and can be combined to lend further strength to our ties. The cultural traditions of each country, combined with actions in the areas of education, scientific cooperation, etc., can offer mutual opportunities to promote national values that will connect and strengthen cooperation among the states and continents we are part of. The Romanian side is negotiating with the Pakistani side to sign a new programme of cooperation in the fields of education, science, culture, mass-media, youth and sports between the two countries.

It is almost impossible to highlight the special points of the Pakistani culture because they are so many. I want to underscore an aspect that highlights Pakistan’s contribution to the universal culture: six relics in this country are currently included in the UNESCO World Heritage, namely the Mohenjo-daro, the Buddhist ruins in Takht-i-Bahi, the ancient city of Taxila, the Shalamar Fort and Garden in Lahore, the historic monuments in Thatta, the Rohtas Fort, the Sahr-i-Bahlol vestiges. All of this justifies the assertion that Pakistan is a fascinating country in many respects, especially from a cultural point of view and historical values. It is an extremely friendly country with good, competent and friendly people.

Pakistan has tremendous tourist potential generated both, by the historical sites and the geographic beauty of this extraordinary country, as well as by the ethnographic features of the various cultures that have populated the region for thousands of years. Pakistan has much to offer, from natural beauty and historical heritage, to cultural diversity. Unfortunately, Pakistan is not very well known and promoted in Romania as a tourist destination, but I am sure that with the improvement of the security situation in the region, Pakistan can become a tourist attraction for the Romanians.