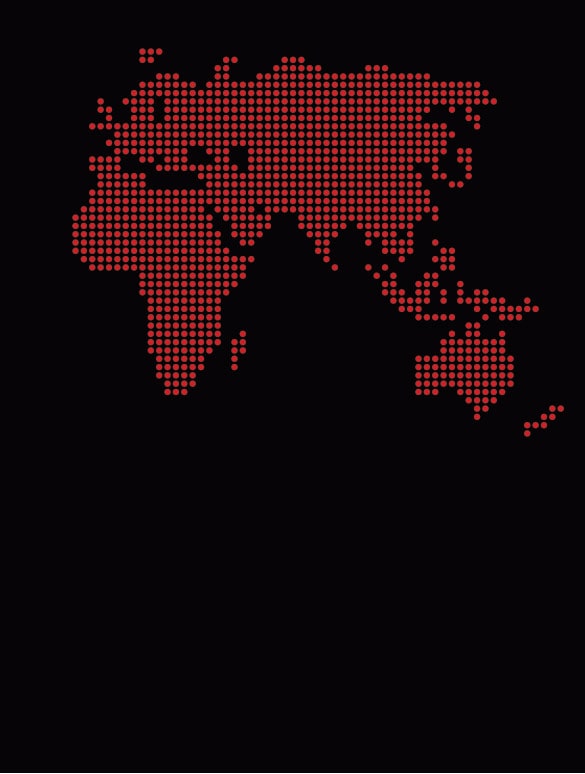 Pakistan has faced two powerful wars where traditional and nontraditional methods of warfare were effectively deployed against the Pakistani state: in 1971 and post 2001. Pakistan is a prime example of a state grappling with hybrid forms of warfare. And the debate has assumed urgency for two reasons. One, the state effectively countered hostile kinetic operations, but it is the subversive activities and psychological warfare that remains a challenge. The problem has been identified but an effective solution is elusive.

Can you defeat hybrid warfare in the age of ideas and internet? While the concept is evolving and there are no hard and fast rules, one thing is clear: nontraditional methods of warfare can only be defeated with the same medicine: by using ideas and the internet to shape a counternarrative. Technology is not the problem. It all comes down to ideas. Powerful, attractive and well-framed ideas are a force to be reckoned with. Ideas can and have destroyed empires, by softening them for a conventional war. Ideas are the deciding factor.

AN IDEA WHOSE TIME HAS COME

Hybrid warfare thrives on potent, unstoppable ideas whose time has come. These ideas are attractive, exploit existing weaknesses and fault lines in a State, which means a segment of the targeted population will always fall for those ideas because they impact their lives. Give me an idea whose time has come, and I can plan a war around it.

More likely than not, a state cannot fully defeat a hybrid onslaught once it begins. Some strands and parts of the deployed strategy will penetrate the population. And since this activity is covert and often untraceable, state actors enjoy plausible deniability and may not be restrained through diplomacy and international relations. Which makes the ability to develop intelligent counternarratives even more important.

The use of traditional and nontraditional methods of waging war to soften and defeat an enemy is an old concept of war that has taken a more lethal shape with the emergence of new technologies. Internet and the easy dissemination of ideas after the Cold War, facilitated by the Internet and video broadcast revolution, have made the work of strategists and generals easier. And it is a DOUBLE-edged sword: those who practice it are not immune to it. The United States effectively deployed hybrid war techniques against the Soviet Union and later against Russia. Today, American politics and society are subject to some form of a Russian hybrid onslaught, going by the claims made by the US government. Therefore, Pakistan is not alone in grappling with hybrid strategies deployed by other states. And it is important to understand that a foolproof protection against hybrid warfare is not possible in front of a faceless enemy determined to deploy resources against you. Unless of course one follows the isolationist example of North Korea.

Hybrid warfare is basically a military strategy to defeat an enemy from within, and combines military action with psychological operations, cyberwarfare, and proxy warfare. It seeks to divide a target using state weaknesses and social, ethnic, linguistic and sectarian fault lines.

Pakistan is likely one of the first states to face modern techniques of hybrid war. It started when the Pakistani state was three years old, in 1950. New Delhi punished Pakistan for pursuing Kashmir dispute resolution at the United Nations by whipping up trouble in the two Pakistani provinces of Khyber-Pakhtunkhwa and Balochistan. The Afghan badlands were used as a springboard, and later Moscow intervened indirectly by recruiting dynamic young men from the region, under the guise of scholarships and academia. This Indian-Soviet partnership is a recurring theme in Pakistan’s brush with hybrid warfare in subsequent years.

Legitimate leftist activism in the following years was distorted to provide much of the ammunition in terms of organized and ideologically-motivated human resource, ready and available to be exploited by foreign players for sabotage inside Pakistan. Islamabad was slow in understanding this dynamic. Authorities resorted to hard tactics to deal with this by arresting leftist activists who supported foreign-backed insurgencies seeking independent Balochistan and Pashtunistan. While police action was necessary and understandable, other soft responses were ignored, such as developing a counternarrative, expanding the definition of nationalism and national identity to include all shades of Pakistani opinion, integrating leftist activism in national fold and stopping it from gravitating towards foreign governments.

Pakistan faced a similar problem after the 1980s in grappling with right-wing religious activism. Extremist elements became ready and available for foreign exploitation. Extremist firebrands such as Latifullah Mehsud and Mullah Fazlullah developed contacts with foreign state actors through Afghan soil. As in the case of violent leftist activism, Pakistan waged successful kinetic operations to destroy right-wing violence, but Psy-Ops, rehabilitation and counter-narrative development remained insufficient, mainly due to capacity issues and the perennial political instability in Pakistan.

From creating a proxy militia that ignited language riots, to training fighters and terrorists in camps in India and the Soviet Union, the unilateral Indian invasion of East Pakistan has an important component of hybrid warfare that has received little attention in post-war studies in Pakistan. The government of former Indian prime minister Indira Gandhi took a leaf from the Balochistan-Pakhtunistan playbook and launched a military strategy focused on exploiting political failures and ethno-linguistic divisions to exacerbate tensions and precipitate state collapse. An Indian proxy militia, called Mukti Bahini, was unleashed to kill Pakistanis who spoke Urdu and Bengali languages to push relations between the two segments of Pakistani citizens beyond a point of no return. Mukti terrorists were flown into special training camps in the Soviet Union. These fighters were the vanguards of the Indian invasion, which finally took place in 1971. But the psychological operations, irregular warfare, and political interference was launched at least three years earlier, in 1967, according to available public record of events preceding the war. India took care of building an international narrative, centered mainly on the idea that a physical Indian intervention became necessary because of fear of influx of Bengali refugees, and to stop Pakistani state oppression against innocent citizens (in the shape of state action against Pakistani members of Indian proxy Mukti). It was a winning narrative that New Delhi developed, supported by a major international power. Other powerful actors, like China and the United States, were diplomatically neutralized or were convinced by the Indian narrative that this was a messy situation that did not merit an urgent policy intervention.

Over a period of forty years, Islamabad has gathered a dossier of proofs that foreign governments deployed political and electoral interference techniques to prevent political consensus in Pakistan on building strategic water reservoirs. Again, ethnic and linguistic fault lines were deployed to make this decision difficult for any government in Islamabad. Disinformation protocols and political interference to shape a narrative (one language group in Pakistan is working on stealing the water of other linguistic groups) was successfully deployed. Today, Islamabad continues to grapple with this problem.

The recurrence of polio infections has represented an international embarrassment for Pakistan since many developing countries have eradicated this hazard. The implications for Pakistan are manifold because it impacts the country’s reputation as a business and tourist destination, and, at the time, it fed a larger narrative that sought to show Pakistan as a failed state. It is interesting that the country has seen a degree of outside interference by at least two to three states to scuttle Pakistani efforts to eliminate polio. These obstructions have mostly taken two shapes: assassinations of polio teams by unknown terrorists and promoting a narrative that polio vaccines were compromised to spread reproductive disease to reduce Pakistani population. Whatever the shape of foreign meddling, the fault line was domestic and a Pakistani problem: religious extremism and isolationist tendencies that offered a fertile environment for the spread of disinformation on vaccinations.

In December  2018, social scientist, Ramsha Jahangir published a detailed report on the use of social media to shape narratives in Pakistan. This is an excerpt on the campaign against polio eradication in Pakistan: “In March this year, for instance, daily Dawn reported from Nawabshah, a city in central Sindh, that a video was being circulated there which showed someone claiming that polio vaccine was killing children. When officials of the Pakistan Telecommunication Authority (PTA), that regulates internet in the country, investigated the origin of the video, they found out that the footage and the voiceover were done separately. The promoters of the video had curated some random footage and then dubbed it with their own message. These anti-vaccination videos have resulted in a dramatic increase in refusals by parents to let their children receive anti-polio drops even in areas where there was no history of such refusals — such as Dadu district in Sindh. A report by the British daily Telegraph claimed as many as 70,000 refusals were reported from different parts of Pakistan in May this year alone. The narratives being pushed online are certainly influencing public perceptions offline.”

The intelligence and sabotage network established by Indian naval commander Kulbhashan Sudhir Jhadav in the Iranian port of Chabahar is a prime example of the nature of the hybrid warfare Pakistan faced in recent years. He was arrested inside Pakistani province of Balochistan in 2016. India denies he was on a mission and says it cannot explain how he ended up inside Pakistan. What is more important is the vast network that Pakistani authorities busted operating inside Pakistan, and mostly run by Pakistanis. Up to 1,000 individuals were reportedly arrested after Cdr. Jhadav’s arrest. This is a sensitive subject and not much has been published about it, partially because it involves the intelligence agencies of three nations – Pakistan, India, and Iran – and some aspects of the investigation allegedly involve some parts of the Afghan law enforcement structure as well. But whatever the other details, the combination of tools deployed by this network for terrorism and spying inside Pakistan is breathtaking. It involved recruiting low-level individuals in Pakistani political parties in Karachi, rest of Sindh, and in Balochistan. It also involved ethno-linguistic hate attacks, sectarian attacks, and terror activities designed to disrupt the China-Pakistan Economic Corridor. Some of the attacks were designed to force minorities to flee Pakistan and be recruited in wars in Afghanistan or the Middle East.

This article does not sufficiently discuss the steps taken by various departments of Pakistan’s federal government to meet the challenge of hybrid warfare. One reason for this is that Pakistan’s strategies for countering hybrid warfare models are in the evolutionary stage. Another is that Pakistan is just settling down into relative political stability after years of unrest. But signs of a developing strategy are evident in the number of conventional steps Pakistan has taken to contain the effects of foreign political interference. Actions on the content of social media, cable TV networks, INGO operations, and other forms of indirect foreign meddling are underway. This trend will continue for the foreseeable future, but these actions are limited. What is missing is smart narrative building and a sophisticated and subtle media management that remains elusive.

Ahmed Quraishi is a Senior Research Fellow at Project for Pakistan in 21st Century, a private research group based in Islamabad.